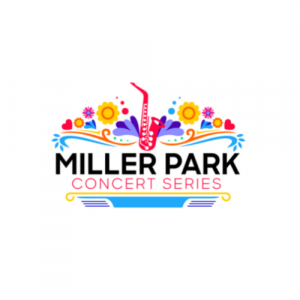 OMAHA, NEBRASKA, USA, May 17, 2022 /EINPresswire.com/ — Omaha Performing Arts has announced the dates for the second-annual Music at Miller Park, a FREE, outdoor summer concert series at the Miller Park Pavilion, 2707 Redick Ave. Music at Miller Park will take place on June 11, July 16 and Aug. 20 from 7 p.m. to 9 p.m.

“We encourage families to mark their calendars and join us for each of the three, fun-filled summer evenings of jazz, soul and R&B music in Miller Park. Whether it’s your first time at the park or you are a frequent visitor, this area is the epicenter of where music and culture meet history and the perfect location for this free, summer concert series. We are delighted to bring Music at Miller Park back to the Omaha community for a second year,” said Bianca Harley, Vice President of Human Capital & Inclusion at Omaha Performing Arts.

Each concert will feature an opening act and nationally recognized headliners with local roots. R&B/Soul band Enjoli & Timeless will headline the first concert of the series on June 11.

Known by fans as “The Voice of the City,” Enjoli quickly rose to recognition after the release of her album, Set the Mood, in 2013. In 2017, Enjoli formed her R&B/Soul band, Timeless. Enjoli & Timeless have opened for artists including Pleasure P, Juvenile, Angela Winbush and CeCe Peniston. The band also toured with the legendary rap artist Twista.

“We are pleased to welcome Enjoli & Timeless back to the Music at Miller Park stage. They are an incredibly talented group of musicians. For music lovers who haven’t yet had the chance to see them, June 11 is a great opportunity,” said Harley.

No tickets are required. Concertgoers are asked to comply with all current safety guidelines. Blankets and chairs are welcome. Food, beer and wine are also allowed. Hard liquor is not permitted. Leashed pets are allowed. FOR MORE INFORMATION, VISIT https://o-pa.org/on-stage/music-at-miller-park.

About Omaha Performing Arts
Omaha Performing Arts (O-pa) is dedicated to creating a vibrant arts and entertainment experience in Omaha and the region. Since its inception, Omaha Performing Arts has grown to become the largest arts institution in Nebraska. We strive to present the highest level of performing arts – the best of touring artists and productions in jazz, dance, Broadway, blues, speakers, family and popular performers at the Orpheum Theater, Holland Performing Arts Center and beyond. Our mission also includes a broad range of education and community engagement activities that reach Nebraska’s wide and diverse audience.