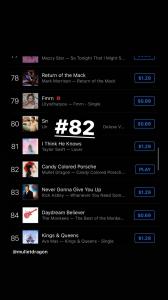 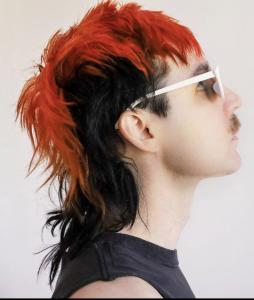 Mullet Dragon released his debut single “Candy Colored Porsche” over the weekend on all streaming platforms which broke into itunes top 100 pop at position #82.

Mullet Dragon quietly released his debut single “Candy Colored Porsche” over the weekend and within 3-4 days the song broke into itunes top 100 songs on the official itunes Pop Chart peaking at position #82 ahead of songs like “Run” by One Republic and “Love Somebody” by Maroon 5. It’s quite impressive and shows the cult following he’s built considering Mullet Dragon is not only an independent artist, but this is also the first official release from the Project.

“Im completely elated” he says when asked about how it feels for his debut single to break through the top 100 songs in the world on the itunes pop charts. “I can’t believe that would happen to me. I’ve written multiple #1’s for other artists, but have never released any music of my own, so i never thought of this for myself. Its something i’ve always wanted to do though and i plan to continue until i’ve written multiple #1’s for Mullet Dragon. It’s my main goal. To replicate what I’ve done for other artists, for myself. I’m very grateful and humbled. It”s truly an honor.”

Mullet Dragon’s next single features the cult icon and Million Dollar Mullet rapper Riff Raff aka Jody Highroller and is set to release within the next 2 months. Mullet Dragon plans to release 3-4 more singles before releasing an EP in early 2021, plans to stay independent, and hopes to begin touring in 2022. Mullet Dragon’s team is currently in talks with Snoop Dog to support his upcoming 2022 tour he says.