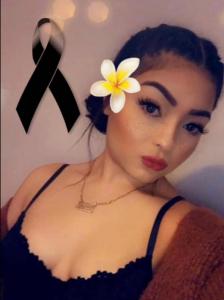 INDIANAPOLIS, IN, UNITED STATES, June 27, 2022 /EINPresswire.com/ — Indiana private investigations firm, Lauth Investigations International, has launched an independent investigation into the shooting death of Rossy Medina-Saravia (EDR No. 740702), who was shot and killed alongside her fiancé, German Orantes in their home on the 1000 block of North Waldemere Avenue on the west side of Indianapolis. She was only 19 years old. According to her obituary, Rossy was the devoted caretaker of nine dogs, and was a student of real estate who was preparing to take her state licensing exams.

Lauth Investigations International has independently taken on this case as part of our effort to erode the number of cold cases growing in the state of Indiana. In just Indianapolis alone, 2021 broke its own record for the second year in a row with 271 homicides, up from 245 homicides in 2020. Lauth Investigations International understands that one of those deaths not only represents a life lost, but a void in the lives of so many families and friends who long for closure in the case of their murdered loved ones. Our team is dedicated to using the combined skills and experience of all our investigators to finally find answers in the death of Rossy Medinia-Saravia.

LII’s CEO and Founder, Thomas Lauth, is a nationally recognized as a Missing Persons and Human Trafficking Investigator and graduate of the Indiana Law Enforcement Academy. He initially served as Senior Criminal Investigator for Marion County Public Defender Agency located in Indiana. In addition, Thomas has attended various U.S. Department of Justice conferences on missing persons, human trafficking, and child abduction–also serving as a volunteer Advisor to the Nation’s Missing Children Organization and the National Center for Missing Adults for nearly twenty years.