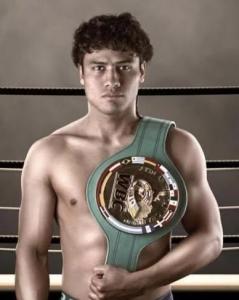 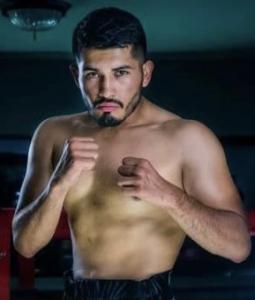 LAS VEGAS, NEVADA, USA, May 2, 2022 /EINPresswire.com/ — Fight Vibe Entertainment along with Reid Boxing have re-scheduled the launching of their new monthly boxing series “Thursday Night Fight Vibe” to Thursday June 9th. The event will feature Lester Martinez vs. Juan Villegas as they headline the new “Thursday Night Fight Vibe” Boxing Event Series in Las Vegas in a Battle of Undefeated Super Middleweights at the Sahara Event Center on June 9, 2022 in Las Vegas. The show will live stream on Fite TV and will feature demonstrations and exclusive clips from the new feature film “Power of Chi” narrated by Morgan Freeman, and starring some of sports biggest stars from the UFC, NBA, NFL, as well as the four-time winner of the World’s Strongest Man.

“Thursday Night Fight Vibe” will include a nostalgic throwback to Las Vegas glory days of spectacular live performance entertainment to go along with the boxing main events,” said promoter Steven Reid. “Our goal is to provide exceptional entertainment for everyone attending and watching live on the internet, in addition to having an event to showcase our local talent here in Las Vegas, the mecca of boxing.”

The Sahara Event Center opened in 1969 and has a tremendous history of legendary performers who have played there including Led Zeppelin, Carlos Santana, Creedence Clearwater Revival, Black Sabbath, Bob Marley, Grateful Dead and The Doors just to name a few.

“This venue is legendary, and we plan to do some amazing shows here,” said Ivaylo Gotzev, of Fight Vibe Entertainment. “The “Thursday night Fight Vibe” series will continue this legacy with a throwback to the dazzling days of Las Vegas’ golden era by showcasing some of the best music and entertainment performances Vegas has to offer, to go alongside the impressive line-up of fights planned. Come join the Vibe!”

The show will showcase Guatemala’s rising star Lester Martinez (11-0, 10 KOs) vs. Mexico’s undefeated Juan Abraham Villegas (17-0, 13 KOs) in a 10-round super middleweight main event. The showdown will be the first of the “Fight Vibe” series that will go down every month at the historic venue. Due to the re-scheduling of this event, bouts are subject to change.

The co-main event will showcase Robin Sirwan Safar (14-0, 10 KOs) vs. Christian Thomas (11-0, 9 KOs) in an additional battle of undefeated prospects putting their unbeaten records to the test. Safar vs. Thomas, an 8-round bout, will be in the light heavyweight division.

The undercard bouts will be loaded with more exciting fights as heavyweights DeAndre Savage (3-0, 3 KOs) and Antonio Zapeda (3-0, 3 KOs), will battle in a scheduled 6-round bout. Again, someone’s “0” must go.

Rising star, Able Mendoza (32-0, 25 KOs), will risk his unbeaten record against Ricardo Proano (11-4, 9 KOs) in a 10-round lightweight bout. Mendoza, who hails from El Paso, TX, has been making noise in the lightweight division, and promises to bring the heat on fight night.