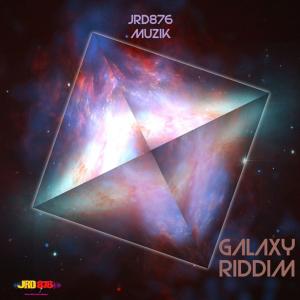 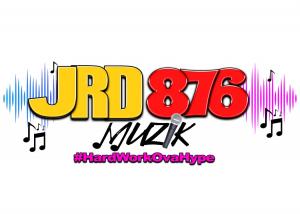 TORONTO, ONTARIO, CANADA, February 21, 2022 /EINPresswire.com/ — In an array of sounds, Jonordo Dixon & Davion Holness popularly known as JRD876 & Caspa876 respectively, has showcased their versatility with released of the Galaxy Riddim, which boasts three different languages including English, Spanish and Portuguese. The compilation has gain support both on the local and international scene in recent weeks.

“You will definitely hear diversity on this album and people have been saying it’s a wonderful compilation, that’s the level it’s on and we have been gaining airplay cross the world. Me and JRD We will continue to put out good music,” said Caspa876

Distributed late January of this year via Symphonic Distribution, on the JRD876 Muzik label. The multicultural release features artistes from the Caribbean, Australia and North to South America, such as Jah Fabio, Xyclone, Clara Tannure and others.

“Feedback has been extremely good, both mi and Caspa grateful, zee pre. The people them a seh them love the “My Life” music video by Skwaff Boss, I want them fi also look out for Daydi and Ankh video that will be dropping by early March,” said JRD876

They mentioned that Galaxy Riddim is the first of 4 planned compilations to be released in 2022 on the JRD876 Muzik record label.

“Our fans wouldn’t be short of content to vibe and enjoy this year, we got 3 more compilations planned alongside some music videos and singles. More places are relaxing restrictions now and we would taking advantage of that and should be touring this year, Gods willing,” stated JRD876

JRD876 started off his music producing career with Long Life Music in 2014 alongside Dj RumBlood & Dizzy. After 4 years being apart of Long Life Music, JRD876 took a break from the music scene for personal reasons in 2018. In 2019 he returned starting his career as an artiste as well as launching his own independent record label, JRD876 Muzik. “Di Trap Riddim” was the first project of the newly found record label, it was released on December 30th 2019, he did it to celebrate his little brother, Balla Bale’s birthday and as well to celebrate the life of his mother, who was laid to rest on that day two years prior. various singles & studio albums since.