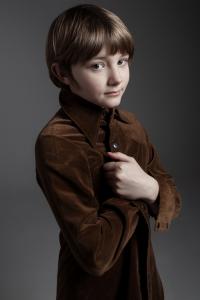 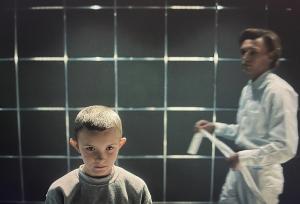 Hendrix Yancey as 013 on Stranger Things. Photo from Netflix. 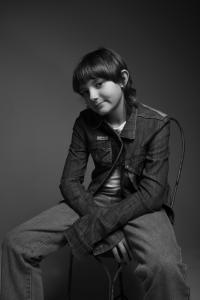 LOS ANGELES, CA, UNITED STATES, June 6, 2022 /EINPresswire.com/ — —In a culture where traditional beauty standards favor long, flowing locks, many tween girls might not have been as brave as Hendrix Yancey. The up-and-coming young Hollywood star jumped at the chance to shave her head to truly embody roles in the craft she loves.

Yancey’s bold new shorn look is on display in Season 4 of “Stranger Things” as she plays an increasingly more prominent role as Thirteen, the sister of the hit show’s central figure, Eleven. Fans are going wild over the new character numbers in the latest season, making Yancey one of the most talked-about newcomers to the show.

And the young star has fully embraced her role and look, using them to set a positive example for teens in a world driven by unattainable beauty standards.

“It’s not easy being a teen today with so many pressures influencing how we look, think, and act,” said Yancey. “Having to shave my head for Stranger Things was a bit scary at first, but it made me realize that beauty truly is on the inside. I didn’t change as a person by shaving my head. I used to worry so much about how others felt about me, and now I only worry about how I feel about myself. The world is less boring when we’re all DIFFERENT. I just want to remind everyone that it’s cool to be quirky and unique.”

In addition to her role on the fan favorite hit Stranger Things, Yancey will be seen onscreen in a role of a lifetime in the upcoming series “A Friend of the Family” airing on Peacock. Yancey shares the role with McKenna Grace, playing the main character Jan Broberg in her younger years. Yancey’s portrayal of the real-life kidnapping victim has been mentioned in Emmy conversations by those associated with the show. Her castmates have also sung the young star’s praises, comparing her poise and career trajectory to Jody Foster’s

To learn more about Hendrix Yancey, visit IMDb or Instagram.