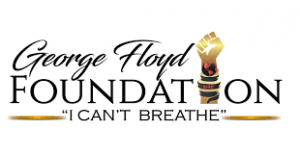 LOS ANGELES, CA, USA, May 22, 2022 /EINPresswire.com/ — Nearly two years after George Floyd was killed by Minneapolis Police Department officers, on May 22, the leadership of the George Floyd Foundation (GFF) will gather with community leaders, artists, social and business innovators in Los Angeles for the first-ever “Breathe Brunch.” The event will update the community on progress and provide social justice awards to leaders promoting social equity and supporting at-risk communities. All proceeds will benefit the George Floyd Foundation.

GFF Co-Founders and George Floyd’s cousins, Shareeduh Tate and Tera Brown, will be discussing the GFF’s programs and partnerships. Dr. Lance McCarthy, GFF Senior Economic Advisor, is coordinating the “Breathe Brunch” along with his team. The event will be hosted in Bel Aire with many celebrities, influencers and legislators in attendance.

When asked what this event means to the GFF, Tate and Brown noted, “This anniversary is bittersweet, of course, for the entire family for our loss of George, but we hope that continuing to speak about it and honor his life and desire for a real second chance will increase actions for social change.”

Andre Norman, Founder, the Academy of Hope and Aventiv Technologies CEO Dave Abel. Aventiv and Academy of Hope, have worked together for two years to reach incarcerated individuals with meaningful content, furthering connection to loved ones, education job training, and hope for ‘second chances.’ Andre Norman, reaches hundreds of thousands of Americans serving time through his “Second Acts” podcast on the Aventiv platform. Aventiv is working with GFF to create and distribute the Foundation’s content free of charge.

Kiesha Nix, Los Angeles Lakers Vice President of Charitable Affairs, will also be honored. Keisha has a long history of community outreach with an emphasis on assisting young minority women.

Separate from the awards, the “Breathe Brunch” will also include an auction to expand GFF’s social justice programs, youth tech training, and job creation/entrepreneurship efforts. GFF has garnered the support of three entrepreneurs to participate in a Mentor Dinner Auction. GFF will be auctioning off a private dinner with these leaders: successful entrepreneur, Jay Bloom, who is currently purchasing the NBA expansion team in Las Vegas; Alki David, who owns 26 coca cola distributorships; and Keith McCarty, Co-Founder of cannabis delivery service, EAZE.