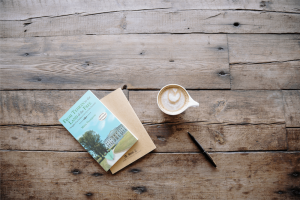 “She could overcome any obstacle in her life, and she was determined, indeed!”

Her only setback was that she was unable to do everything she wanted because she was among the minority in Iran: she was female and a member of the Baha’i Faith.”
— Mitra Thompson

GUADALAJARA, JA, MEXICO, November 30, 2021 /EINPresswire.com/ — Mitra Thompson’s From Tehran to the Land of the Free: “Struggles of an Iranian to Live Up to Her Potential” is a memoir that chronicles Mitra Thompson’s personal transformation from an unprivileged girl growing up in the Islamic Republic of Iran to a strong woman searching for opportunities in the Land of the Free. Published by Authors Press, the book was inspired by the prompting of the author’s daughter.

Growing up as a girl in Pre-Islamic Revolution Iran and daughter of a religious minority household certainly spelled difficulties for Mitra Thompson: gender inequality and religious persecution. The opening chapter of the book poignantly recalls Mitra’s experience fleeing home crying as she was being stoned by her classmates outside the halls of the school as instructed by her Qur’an teacher; a gesture of persecution brought about by religious intolerance — Mitra’s family are practitioners of the Baha’i faith, a progressive but unsanctioned religious institution by the state. Mitra’s childhood was unfairly marked by fear and vigilance due to cultural factors and religious persecution. But despite these conditions, Mitra resiliently remained a dreamer with a headstrong spirit; her clipped wings didn’t hinder her from soaring high. From being nearly subjected to Sigheh — a practice which allows men to marry women in a predetermined period of time —; to finally being granted the chance for intellectual pursuits, and up to her struggles as a woman and as a mother fighting for the American dream, From Tehran to the Land of the Free hallmarks the strength of women.

“…Thompson’s memoir speaks for the millions that have and continue to endure persecution and find themselves encountering barriers to living a life of abundance and opportunity. Many readers will experience a hint of recognition throughout Thompson’s journey, while those foreign to such will be startled at this in-depth glimpse into the life of an Iranian woman whose resolute nature prevented her from becoming another statistic.”

From Tehran to the Land of the Free: “Struggles of an Iranian to Live Up to Her Potential”
Written by Mitra Thompson
Paperback |
Kindle |

Get your copy of this US Review recommended book at Authors Press, Amazon, Barnes & Noble, and other online retailers.

Authors Press is an online publishing company and book reseller catering to the needs of both experienced and aspiring authors as well as readers. They offer the best publishing solutions for full-time and independent authors. The company’s team of proofreaders, editors, designers, and publishing professionals are committed to achieve industry standards for their client’s work to be published, marketed, and sold.