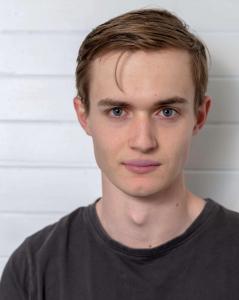 The award-winning Australian actor has also signed on for a slate of other projects.

The award-winning Australian actor, also known for his award-winning performance in ‘Bilched’ opposite ‘Nine Perfect Strangers’ star Hal Cumptson, will play leading roles in feature films from producers including Shai Frumkin, and other productions of which details are still under wraps.

In another project ‘Cherry Bomb,’ Du Rietz will play the leading man role of Dan.

Du Rietz has also signed onto a third yet-to-be-announced project, but his representatives cannot disclose full information at time of release.

“Fred is the only actor for these roles – gritty, emotionally full – the producers and filmmakers sought Fred out after seeing his work which has obviously been a standout in recent years,” said Du Rietz’s managers.

Du Rietz’s other notable credits include a recurring role in the acclaimed Channel Nine series ‘Amazing Grace’ and ‘Friday on My Mind’ for the ABC. Du Rietz is also well-known to audiences fronting a memorable international crossover campaign for X-Box and Lynx.

Du Rietz is repped by Smith and Macdonald Management in Australia and Armada Partners in the United States.