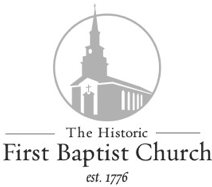 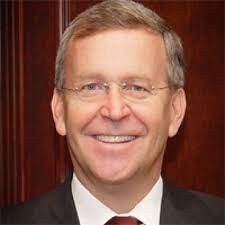 “The Freedom Bell” is a symbol of the faith, struggle, and perseverance that marks the African-American experience in America.

The sound of this bell can be heard all over the world. Its call to freedom is universal, and I am happy to support its mission.”
— Jaime Aleman

WILLIAMSBURG, VIRGINIA, UNITED STATES, December 11, 2021 /EINPresswire.com/ — Today, Jaime Aleman, a former Ambassador of the Republic of Panama to the United States and a founding of partner of the global law firm Alcogal, provided a generous donation to the Let Freedom Ring Foundation, which supports among other things The Freedom Bell which hangs in the historic First Baptist Church of Williamsburg, Virginia .

“The sound of this bell can be heard all over the world,” said Ambassador Aleman. “Its call to freedom is universal, and I am happy to support its mission.”

The Freedom Bell, which had laid dormant in the belfry of America’s oldest church organized by African -Americans, was restored and hung in 2016. President Barack Obama rang the bell to open the National Museum of African-American History and Culture.

Director Michael Holtzman was honored to accept the donation on behalf of the Foundation and stated that “the Let Freedom Ring Foundation is so pleased to have the support of Ambassador Aleman and we thank him for his expression of solidarity with us. We are grateful for his donation, which will allow our work telling the full story of the American experience to continue.” The Historic First Baptist Church in Williamsburg was founded in secret by a group of enslaved men and women in 1776, the First Baptist Church in Williamsburg, Virginia, celebrated its 245th anniversary this year. It is a symbol of the faith, struggle, and perseverance that marks the African American experience in America.

First Baptist Church of Williamsburg originated in 1776 with a quest by a group of courageous slaves and free blacks who wanted to worship God in their own way. In their search, they left the church of slave owners, such as Bruton Parish Church, where worship was formal and restrained. First led by Moses, a free black itinerant preacher, they built a brush arbor at Green Spring Plantation a few miles from town to gather secretly in song and prayer. Organized as Baptists by 1781 under Rev. Gowan Pamphlet, an enslaved man in Williamsburg, worshippers moved to Raccoon Chase, a rural area just outside Williamsburg. A member of the white Cole family, moved by their stirring hymns and heartfelt prayers, offered the group the use of his carriage house on Nassau Street for a meeting place. Pamphlet continued as pastor until his death about 1807. The African Baptist Church, as it became known before the Civil War, dedicated a new brick church on Nassau Street in 1856, the congregation’s church home for the next 100 years. It was renamed First Baptist Church of Williamsburg in 1863. The present church at 727 Scotland Street has served the congregation since 1956.
– FBC –