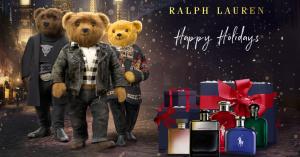 The biggest achievement was bringing the bears to life with Unreal’s new fur technology, which changes how stories are told in CGI and opens a world of creativity.”
— Stacy Burstin

Stacy Burstin, President of Eevolver, said “The biggest achievement was bringing the bears to life using real-time fur technology, which changes how stories are told in CGI and opens a world of creativity. We were able to create film-quality fur, on multiple Bears animating in one scene. This would have previously been an enormously time-consuming and costly render undertaking.”

In creating this seminal spot, the goal was to maintain the warmth and appeal of the original stuffed toy bears, while developing a more modern style. To achieve this, the Eevolver team developed a hybrid look that combined motion capture with keyframe animation, creating an action-oriented story that preserved Ralph Lauren’s traditional approach.

“Building the scenes in Unreal allows each location to be seen from all angles, making the animation much more like a live-action set, where we can move the camera to any spot. We could visualize and edit the entire spot in real time, which is powerful because it gives the director much more freedom to quickly explore the best way to tell the story,” Burstin said.