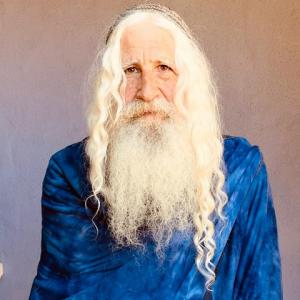 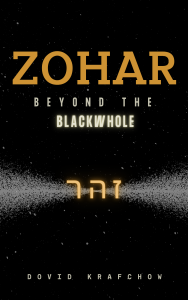 Using the cosmological wisdom of the Zohar, Krafchow refutes the Big Bang Theory as the origin of the universe and looks onward to the End of Days

I find words transportive, taking me to places beyond my imagination.”
— Dovid Krafchow

LOS ANGELES, CA, UNITED STATES, August 20, 2021 /EINPresswire.com/ — Who is God? What is the structure of the universe? How does the self relate to darkness and light? These and other mysteries form the basis of the Zohar, the key text in the system of Jewish mystical thought known as Cabala. Zohar is a wide-ranging document, commenting on Jewish cosmology, mystical tradition, and the Torah. Scholars have interpreted and reinterpreted its esoteric wisdom for centuries, debating the true meaning of its teachings. But there has never been an interpreter like independent scholar Dovid Krafchow, author of the new book “Zohar—Beyond The BlackWhole“. Published on August 17, 2021, by dovidHouse Publishing, this radical reading of the ancient text offers a fresh interpretation for any reader who seeks the knowledge of Cabala.

“Zohar—Beyond the BlackWhole” approaches the six-thousand-year Jewish calendar from the perspective of our current moment, where science and technology have come to constitute the basis of knowledge. Using the cosmological wisdom of the Zohar, Krafchow refutes the Big Bang Theory as the origin of the universe and looks onward to the End of Days, when Zohar is said to become most relevant. According to his reading, humankind is quickly approaching a transition into the Thousand Years of Woman and Peace. Krafchow speculates on the worldwide ramifications of the era when man must hold woman above himself— beginning with Mother Earth. “For decades the text alluded to a hidden meaning immutable to my understanding,” he writes. “I was limited to the exact translation of the words until one day Book Zohar opened to me and spoke.” This spiritual approach to scholarship gives “Zohar—Beyond the BlackWhole” its expressive and singular mode of insight. Throughout the book, the author translates the word Zohar as “brilliance”— alluding to its power to reveal the truth and illuminate the path to a beautiful future.

Krafchow has lived a life of diverse adventures and experiences, among them a period of service in the United States Navy and five years of travel by hitch-hiking. He learned to read Hebrew in his late twenties and dedicated the following fifty years to the study of Jewish texts. Now he aims to share mystical secrets with the world through his books, Tarot practice, and audiovisual media. He previously hosted Woodstock’s public access program Jewish Misticism—the mist of the ism and currently broadcasts a half-hour live show on YouTube titled “Let’s Get High with Jewish Mystic Dovid B. Timeless.”

His book “Kabbalistic Tarot: Hebraic Wisdom in the Major and Minor Arcana” (Inner Traditions, 2005) is a modern classic among Tarot readers and students. His other published works are “Deciphering the Labyrinth of Life”, “Meditations on Time”, “The Other Side”, and “The Price of Peace”. Krafchow’s writing and thinking are deeply influenced by his source texts, which he reads and translates from Hebrew and Aramaic. “I find words transportive,” he says, “taking me to places beyond my imagination.” At age seventy-seven, he lives and writes in Los Angeles, where he is known by the nickname “Einstein on Acid.”

Within the tradition of Jewish scholarship, Krafchow is notable for his candid approach to controversial topics such as cannabis, sex, and abortion. The views explored in “Zohar—Beyond the BlackWhole” are an evocative entry point into his devoted knowledge of Cabala, shaped by decades of keen engagement. “I feel privileged to be allowed access to a world requiring naked honesty,” Krafchow says of his work. “I know the Truth because I study the Torah.”

ABOUT THE AUTHOR:
Dovid Krafchow has been an independent, non-religious scholar of the Torah and other Jewish texts for over 50 years, studying them in their original language of Hebrew and Aramaic. He has been practicing the Tarot for the last twenty years. Krafchow is the author of twenty books of fiction and non-fiction related to Jewish life and mystical secrets. He has hitch-hiked 30,000 miles, been in two wars, and spent fifty years independently studying the secrets of creation through the Zohar and Cabala.

ABOUT THE BOOK:
Zohar—Beyond the BlackHole will be published on August 17, 2021, by dovidHouse Publishing. It can be purchased in paperback ($9.99) or ebook ($2.99) on Amazon.com and in bookstores.

REVIEW COPIES AND MEDIA INTERVIEWS:
To request a review copy of Zohar—Beyond the BlackWhole or to schedule an interview/event with Dovid Krafchow, contact publicist Nanda Dyssou of Coriolis Company at nanda@corioliscompany.com or 424-226-6148.