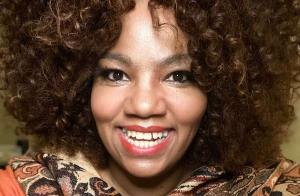 Debra Ann Byrd is the new Artistic Director for the SW Shakespeare Company as of January 1, 2022.

Logo of the SW Shakespeare Company

World’s Best Connectors is a virtual community of CEOs, who help other executives enhance their connections with family, employees, clients, government & the media.

I am an Afro-Latino mother of two from Spanish Harlem who loves the language and rhythm of Shakespeare.”
— Debra Ann Byrd

PHOENIX, ARIZONA, USA, March 7, 2022 /EINPresswire.com/ — Education had changed, even before the pandemic, with less emphasis on non-tech subjects like music and literature. So, unless they happen to see a movie starring a Gen Z celebrity, we are in danger of having a generation that has no idea where “to be or not to be” comes from or what it means. The World’s Best Connectors (www.thewbcs.com), a virtual community of C-Suite executives, likes to recognize the few individuals and groups who are trying to keep arts like The Bard in vogue, both for baby boomers who had to read The Tempest in high school or Gen Z’ers, who may have heard that Spielberg’s shiny, new film–West Side Story–was based on some old book. Debra Ann Byrd, the new Artistic Director of the SW Shakespeare Company (https://swshakespeare.org/dab/), is determined to bring more notoriety and a broader audience to William Shakespeare’s immortal body of work.

Byrd can disarm some in the media with her self-introduction: “I am an Afro-Latino mother of two from Spanish Harlem who loves the language and rhythm of Shakespeare..” It is not what some would expect to hear. Byrd’s life story may sound like a Shakespearean tragedy to many; but it is one that has been shared by many African-American and Latinx families in America. She was born in Spanish Harlem, and, as a child, had the dream of being the Ivory Girl in the commercials. But, as so many young women of color discovered, those happy lives shown on television were far from the realities they would encounter. Evicted from her home as a teenager because she was pregnant, and then, after three years of foster care, being aged out with a daughter with special needs, the future looked bleak. But she graduated from The NY Foundling, found work as an accountant with a bank, an accounting firm, and a law firm, and married a church reverend.

But then, as if within one of those Shakespearean tragedies, a divorce, broken leg, a daughter being diagnosed with a terminal illness, and another pregnancy challenged this protagonist, and led to what she calls “a fight with God.” That “battle” led to her realization that her daughter’s birth and trials (she actually recovered) had saved her life by giving her a reason to keep going and to strive despite the tribulations.

At 30 years of age, Byrd returned to college. She had been involved with music from a young age, e.g., singing in church choirs. But at Marymount Manhattan College, she became an acting major and was smitten with Shakespeare after seeing Black actors in Joseph Papp’s productions in New York City. But, as many talented Black performers discovered then (and still today), opportunities to perform in “non-all-Black” productions were nil. She was undeterred by efforts to limit her talents to August Wilson plays and went on to become Founder and Producing Artistic Director of Take Wing And Soar Productions and the Harlem Shakespeare Festival, which provided “safe spaces” for those who wanted to perform in these type of roles for 20 years.

Byrd has shared her inspirational true story on stage in “Becoming Otello.” Ironically, though men performing as women in Shakespeare’s plays dates back to the 1500’s, throughout much of history, socially and even legally women were not allowed to perform as leading female characters, much less male characters. Byrd broke that glass ceiling and won a Best Phoenix Actress award as Othello in 2019. The pandemic delayed her performances; but she accepted the invitation to become the new Artistic Director of the SW Shakespeare Company this year. There is still the opportunity to see The Tempest or three other performances (https://swshakespeare.org/2021_2022-season) in Arizona before this season ends.

In As You Like It, Shakespeare wrote “Sweet are the uses of adversity which, like the toad, ugly and venomous, wears yet a precious jewel in his head.” It is fortunate that adversity has given the current and future generations of all races, national origins, genders, and sexual orientations in the Southwest a jewel as precious as Debra Ann Byrd to preserve and nurture the history of William Shakespeare.