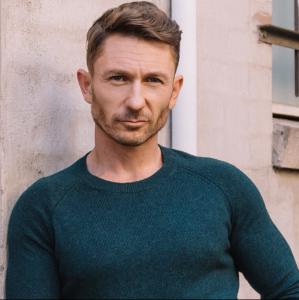 The acclaimed Australian entertainer, who originally broke out on ‘The X-Factor’, will be filming stateside next year.

Dan is perfect for these roles…There’s truly no other actor like him with as much emotional grit.”
— Dan’s representatives

The critically acclaimed Australian actor, also known for his series lead turn on ‘SheZow’ and currently appearing in the US on Peacock’s (by way of ‘Love Child’s international distribution’)’, Hamill will play leading roles in feature films from producers in Oklahoma and California.

In ‘Girls Can’t Fight,’ Hamill will play Luke Holden, in a drama tale about love, redemption and persistence. The project hails from the team behind ‘The Dating Chronicles’ and those associated with company Investigation Discovery.

In ‘End of the World,’ Hamill will play the leading man role of Nicholas Harding in a tale about those living their last days on Earth. Hamill joins fellow Australian actors Liam Graham (‘The Heights’) and Megan Smart (‘Breath’) in a project originally slated for 2020, but which was obviously pushed back because of COVID-19.

“Dan is perfect for these roles – the creators sought him out after becoming familiar with his work through the festival circuit, and of course, streaming. There’s truly no other actor like him with as much emotional grit,” said Hamill’s representatives.

Hamill’s other notable credits include a starring appearance in acclaimed film ‘Between Me’ from Sundance filmmaker Kim Farrant, a memorable turn in ‘The Doctor Blake Mysteries’, and a recurring role on iconic soap opera, ‘Neighbours.’