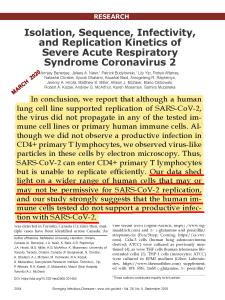 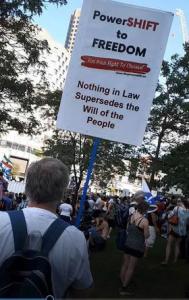 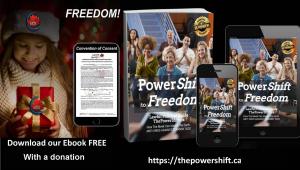 Their legal researchers found that the SARS-CoV-2 Isolation done by Canadian scientists in March of 2020 was also used by the CDC is questionable.

OHSWEKEN, ONTARIO, CANADA, January 1, 2022 /EINPresswire.com/ — The Canadian Peoples’ Union researchers have been collecting valuable legal and scientific fact-finding information to help Canadians and Law firms protect the rights of both Canadians and the indigenous peoples of Canada to be utilized in legal procedures.

Their legal researchers found that the SARS-CoV-2 Isolation done by Canadian scientists in March of 2020 was also used by the CDC in September of that year to confirm the virus Isolation. No other known isolation of the virus by any other countries had been posted by the CDC at that time, nor by the USA.

The Canadian scientists stated in their documentation from the onset that the Isolation of the virus “strongly suggests that the human immune cells tested do not support a productive infection”. In other words, according to the Isolation conclusion, it cannot get past healthy immune system cells to multiply to create an infection. They further stated that the virus is 80% identical to SARS but is a milder variant.

The Canadian Peoples’ Union researchers also found out that the United Kingdom’s UK.GOV website statement regarding the status of COVID-19, could no longer be considered nor classified as a high consequence infectious disease (HCID) as of March 19, 2020, now that they knew more about the virus given that it has a low mortality rate.

Canada does not have any diseases nor SARS-CoV-2, COVID-19 listed under HCID’s. However, the Coronaviruses disease is listed as the common cold.
Read the Canada statement here: https://www.ccohs.ca/oshanswers/diseases/coronavirus.html

Furthermore, Nicole Lebrasseur CEO and lead researcher of the Canadian Peoples’ Union (CPU), states that while in attendance during a live streamed viewing of a Manitoba court hearing May 03rd to 13th, 2021, interesting facts were heard by all in attendance regarding the use and strategy used by all Canadian provinces that shed light on the efficacy of the RT-PCR tests to enable a false claim of positive COVID-19 cases to be regurgitated by the media.

The most important information that was finally exposed during the hearing, was the testimony of Dr. Bullard. Given the Canadian scientific SARS-CoV-2 ISOLATION which rendered the UK to disqualify the SARS-C0V-2 as an HCID and the two further studies which formed part of Dr. Bullard’s testimony will turn things around for Canadians. The most shocking was the fact that Dr. Bullard admitted during his testimony that he and his department run the RT-PCR DNA tests in Manitoba at 35-45 cycle thresholds, which only mislead, while his own two studies and others worldwide confirm that no infection can be found higher than 25 cycle thresholds is explosive.

As a researcher and CEO of the Canadian Peoples’ Union NFP, this type of valuable information is important to our success in identifying problems within our governance.

If not for this vital information being exposed during court testimonies directly stated by experts themselves, or to be able to research legal documents, the Canadian Peoples’ Union (CPU) would not be able to move forward as a political and civil rights union created to help Canadians and the Indigenous peoples affected to “Powershift to Freedom”.

The Powershift to Freedom enables Canadians and the Indigenous Peoples’ in finally standing up for their rights as collective shareholders, co-owners of the Crown of Canada, its corporations, and assets by rectifying what has been neglected from insertion in the Canadian Constitution.