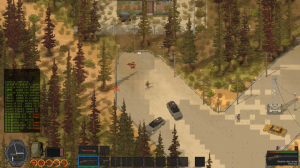 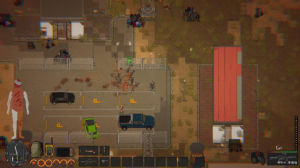 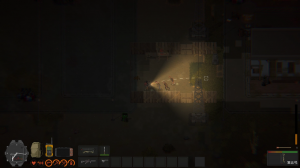 I really wanted to focus on filling that world with realism and attention to detail that really helps to present an immersive, and sometimes terrifying, gaming experience”
— Developer Leven Liu

LOS ANGELES, CA, USA, April 16, 2022 /EINPresswire.com/ — A popular Kickstarter for an exciting new zombie apocalypse survival game has reached over 80% of its goal with just under two weeks left of the crowdfunding campaign.

Zed Zone: Apocalypse Ahead describes itself as a hardcore, sandbox, open-world survival crafting game set during the zombie apocalypse, where players have one main goal – to tool up and survive long enough to escape the zombie hell-scape.

Zed Zone has been in the works by sole developer Leven Liu since the end of 2019 and utilizes procedural generation to create a beautiful pixelated open world for players to battle against, or just try to avoid, hordes of zombies.

Trapped in a quarantine zone, players will try to gather materials and craft items in order to advance their technology, and hopefully avoid the inevitable. Players will need to build shelters, repair and utilize vehicles, and stock up on some of the 250 items that are currently in the game, as well as 32 different firearms and over a hundred craftable items. There are plans to keep adding more and more to the game, so these numbers will likely increase once the funding goals have been reached.

Developer Leven Liu said: “I am really excited to be reaching the end of my campaign and I am very happy with how it’s been going so far. I am a huge fan of other games in the zombie apocalypse genre but feel there is always room to build and innovate on what came before.

“I wanted to implement procedural generation to make sure that every player can have brand new experiences in the game all the way through their time playing it. I also really wanted to focus on filling that world with realism and attention to detail that really helps to present an immersive, and sometimes terrifying, gaming experience.”

There are many different tiers of backer rewards related to the Kickstarter, with the top tier receiving lots of in-game goodies, such as custom characters and exclusive weapon unlocks, and even the ability to name a zombie. These top-tier backers will also receive real-world rewards too, such as mugs, posters and metal pins.

Zed Zone: Apocalypse Ahead currently aims to launch into early access on the Steam gaming platform in 2022. Those interested who want to help fund this crowdfunding campaign, or are just interested in reading about this exciting new game, can visit Zed Zone’s Kickstarter page before April 25 2022.