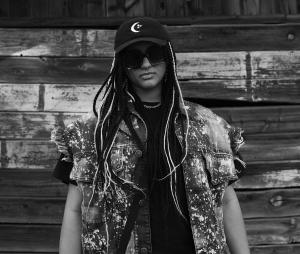 SANTA CLARITA, CA, USA, April 5, 2022 /EINPresswire.com/ — After just releasing her debut EP, “ISM”, Zoe Rex has just released a brand new Pop-punk song called PRETTY WRECK. The song features genre-bending elements and is the first pop-punk single off of her unreleased catalog of various songs. After the successful release of ISM, and after successful performances at the Whisky Agogo, Zoe is back to releasing new music, and will be performing at various venues in Santa Clarita and Los Angeles.

In Pretty Wreck, she discusses how she feels when people judge you without knowing anything about you due to your appearance or the way that you live your life. This track was written after an instance where she had been dealing with negativity, judgmental people, and ‘poetic tragedies’ of life. Zoe Rex is not a stranger to adversity, she has experienced challenges that involve gun violence, racism, and biggotry – so she decided to write this new tune as an anthem for herself and others who may be able to relate.

The track features elements of genre-androgyny and new sonic levels from Rex that demonstrate her versatile musical style. The is an anthem for anyone who’s ever felt like they don’t quite fit in, and it showcases Zoe’s signature powerhouse vocals and lyrical prowess, as well as her signature artistic uniqueness. Listen to the track now!

PRETTY WRECK is available on all major streaming platforms now. Stream it here.