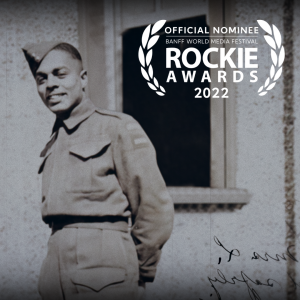 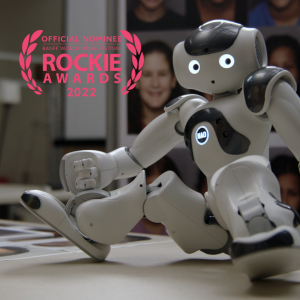 We are honoured to receive these nominations and look forward to continuing to explore the big questions and ideas facing our communities, country and world.”
— YAP Executive Producers Elliott Halpern and Elizabeth Trojian

TORONTO, ONTARIO, CANADA, April 18, 2022 /EINPresswire.com/ — Toronto production company YAP Films is celebrating its 20th anniversary this year with the nominations for its documentary films at multiple prestigious festivals across the country.

The Machine that Feels, a documentary exploring how advancements in AI are raising questions about what it means to truly be human, has been nominated for Best Documentary, Science/Nature/Technology at the Yorkton Film Festival, Best Science Documentary at the Silbersalz Science & Media Awards, and Best Documentary & Factual, Science and Technology at the Banff World Media Festival: Rockie Awards. The Machine that Feels premiered on CBC’s The Nature of Things in November 2021 and is currently streaming on CBC Gem.

Black Liberators WWII, which delves into the untold stories, triumphs and challenges of Black Canadian and Caribbean soldiers in the Canadian Army during World War II, has also been nominated for Best Documentary & Factual, History and Biography at the Rockie Awards. The documentary premiered on November 11 as part of the History Channel’s Remembrance Day programming.

Founded in 2002, YAP Films has been recognized for its high-profile documentary specials and factual series. It was recently listed among the Global Top 100 by Realscreen Magazine for its diverse and collaborative work in telling lesser-known stories. In addition to its festival successes, YAP was recently nominated for an Emmy and NAACP Image Award. The films were also supported with colour correction and onlined by a new post-production company Noodle Factory Post.

“These nominations show how important it is to tell the stories that are too often overlooked,” say YAP Executive Producers Elliott Halpern and Elizabeth Trojian. “We are honoured to receive these nominations and look forward to continuing to explore the big questions and ideas facing our communities, country and world.”

About yap films inc.
Yap Films was founded by Elliott Halpern and the late Pauline Duffy in 2002; today Elizabeth Trojian and Halpern run the production company. yap films is a highly respected independent production company specialising in entertaining, original and high-profile documentary specials and factual series on a wide range of subjects for television networks and streaming platforms in North America and internationally.