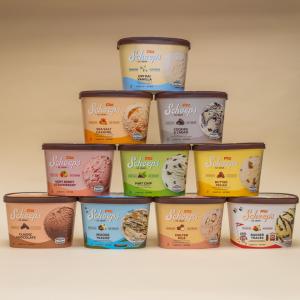 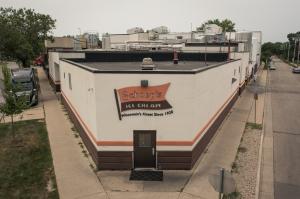 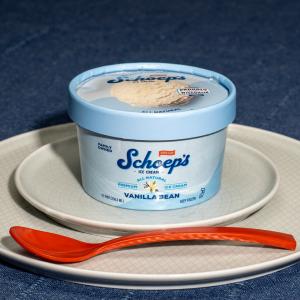 The proof is in the scoop. You can taste the difference.”
— Gary Winkler

MADISON, WI, UNITED STATES, September 2, 2021 /EINPresswire.com/ — Like a phoenix rising from the ashes, Wisconsin’s own Schoep’s Ice Cream is back. After staring into the void of receivership, the company found a new owner in ice cream veterans The Winkler Family and a new life. Armed with new package designs for 15 flavors, a recently refreshed website, and higher quality formulas with no artificial ingredients Schoep’s is ready to reintroduce itself to the world. “We are absolutely thrilled with the new formulas.” Gary Winkler, new owner of Schoep’s said. He went on, “One of my proudest moments has been coming to Madison where we were able to save a historical business with a 93 year history and retain over 100+ local jobs.” Madison Mayor Satya Rhodes-Conway added, “Schoep’s Ice Cream started as a family run business in 1928, and has provided jobs to hundreds of people for over 93 years. I am excited that another family run business has acquired the company, keeping the Schoep’s Ice Cream brand a part of the Madison community.”

Mr. Winkler continued, “Ice cream is in a different place today than it was 10 years ago, let alone 93 years ago. Consumers have more sophisticated palates and desire more natural products. So we wanted to challenge ourselves to make a better quality product without any artificial ingredients. The proof is in the scoop. You can taste the difference.” Mr. Winkler has over 48 years of ice cream manufacturing experience. His other company, Brothers Desserts makes nostalgic novelties like Ice Cream BonBons, Ice Cream Sandwiches, Spumoni, Organic Fruit Bars, Vegan Sorbets, etc… He went on, “The synergies between the companies really made the acquisition a no brainer. Both companies have generations of history under their belts (Schoep’s was founded in 1928!), and we wanted to double down by reintroducing an improved Schoep’s line. We started by increasing the butterfat, creating a premium richer ice cream, and lowered the over run or air input making a denser ice cream with a creamier.

Schoep’s have released 15 flavors in 48oz containers including an updated version of the cult favorite Malted Milk Ice Cream. Mr. Winkler gushed, “We wanted to add crushed malt ball candies to add a crunch to the luxurious flavor of the malted milk ice cream. It’s my grand daughter’s favorite!” Schoep’s also makes Badger Tracks Ice Cream where a portion of their sales goes to the University of Wisconsin. Additionally they launched two new flavors (Vanilla Bean and Chocolate Chocolate Chip) in an innovative half pint size. “We are proud to partner with Schoep’s Ice Cream as they re-launch their premium ice cream brand as a delicious, sustainable product that contributes to the economic health of our communities,” said Kirk Scott, senior vice president of dairy company communications for Dairy Farmers of Wisconsin. “Wisconsin has a rich history of producing high-quality ice cream thanks to the fresh, quality milk that comes from the state’s over 6,500 dairy farm families. Look for the Proudly Wisconsin™ badge to ensure you’re supporting local dairy farmers.”