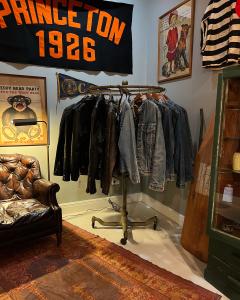 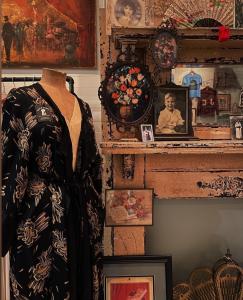 NEW ORLEANS, LOUISIANA, US, November 24, 2021 /EINPresswire.com/ — The French Quarter will be home to a new vintage store this Saturday, November 27th, 2021. Vice & Graft curates men’s and women’s clothing & antiques, inspired by the history of New Orleans. They will host their grand opening at 927 Royal Street on Saturday, November 27th at noon.

Vice & Graft will be founder Chris Olsen’s second French Quarter vintage store opened in less than 4 months – with Swamp Rags Vintage on St. Louis Street having opened on July 31st. Olsen created the Vice & Graft brand several years ago as a side-hustle, but it quickly grew when he joined Magazine Merchant House in May, 2019. He has since partnered with his wife Megan to further grow the brand and expand to this Royal Street location.

The store owes its name to New Orleans, a city that has been said to have been built on Vice & Graft, and is a celebration of the history of the city.

“I’ve always been fascinated by history; antiques, anything old” said Chris “we grew up in the Rust Belt, where a collective history is really what communities are built on. There’s not much else.” “But about ten years ago we found New Orleans, and the French Quarter has really taken us in. New Orleans is so beautiful in its history, and we want to celebrate that through our shop.” From the merchants and artists who made the French Quarter their home, to the soldiers who were stationed here, to the red-light district of the Storyville era, everything in Vice & Graft pulls from the history of the city.

“Many of our pieces are what you would have seen people wearing in Storyville and during the prohibition era here in the French Quarter.” Said Megan Olsen, co-owner of Vice & Graft. “We have flapper dressers & robes, early lingerie, and a lot of post-war wearable pieces.” The store carries vintage clothing for all genders & sizes and features a large array of antique photos, books, and memorabilia from New Orleans.

Vice & Graft will open at 927 Royal Street on November 27th, 2021. All public and media are invited to attend the grand opening from 12-6 and an afterparty beginning at 7pm. For more information please visit @viceandgraft on Instagram, viceandgraft.com or contact Chris directly at chris@viceandgraft.com