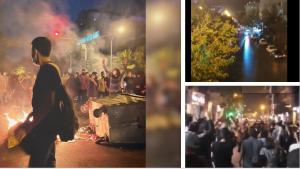 According to the network of the (PMOI/MEK), more than 170 cities across all 31 provinces have reported anti-regime protests in September, and the regime’s security forces have killed at least 400 people and arrested more than 20,000 throughout the country. 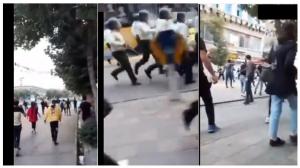 On Friday, the first reports came in from Ahvaz, southwest Iran, where people held rallies in the daytime and expressed their outrage at the mullah’s brutality. As in previous days, the regime responded with violence. While protesters continued their protests. 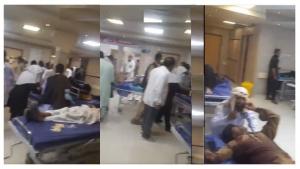 Zahedan—September 30, 2022: On Friday, protests were also intense in Zahedan, where protesters held rallies against the regime. Security forces opened fire on demonstrators 46 people were killed and many injured but the people took over the police station. 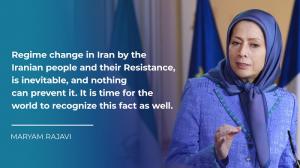 Iranian opposition and (NCRI) President-elect Maryam Rajavi praised the Iranian people’s uprising while condemning the mullahs bloody crackdown on these nationwide protests. She urged the United Nations “to take urgent action to stop the massacre of people. 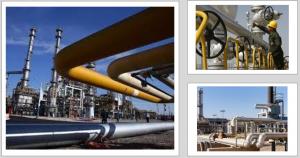 The workers and employees of Iran’s oil sector had warned if the trend of arrests and killings against the people, the harassment of women based on the regime’s hijab and crackdown against the Iranian does not come to an end, they will join the protests.

Videos from Mashhad and Zahedan,show security forces opening fire on protesters. Reports indicate that protests are still raging in many districts at night.

A number of employees of Iran’s oil have issued a statement, published yesterday by Al Arabiya, condemning the crackdown of protests and warning they will go on strike if the status quo continues.”
— MEK

According to information collected by the network of the People’s Mojahedin Organization of Iran (PMOI/MEK), more than 164 cities across all 31 provinces have reported anti-regime protests in this month of September, and the regime’s security forces have to this day killed at least 300 protesters and arrested more than 15,000 throughout the country. However, protests continue to rage across the country.

On Friday, the first reports came in from Ahvaz, southwest Iran, where people held protest rallies in the daytime and expressed their outrage at the Iranian regime’s brutality. As in previous days, the regime responded with violence. However, protesters held their ground and continued their protests.

It is worth noting that despite the deployment of a large number of security forces from the Revolutionary Guards (IRGC), paramilitary Basij units, plainclothes agents, and the Ministry of Intelligence and Security (MOIS), the Iranian people from all walks of life are steadfast in continuing their protests against the entirety of the mullahs’ regime.

These protests began following the death of Mahsa Amini. Mahsa (Zhina) Amini, a 22-year-old woman from the city of Saqqez in Kurdistan Province, western Iran, who traveled to Tehran with her family, was arrested on Tuesday, September 13, at the entry of Haqqani Highway by the regime’s so-called “Guidance Patrol” and transferred to the “Moral Security” agency.

Amini was severely beaten by the security forces. She was taken to the capital’s Kasra Hospital due to the severity of her injuries afterward. Amini died on Friday, September 16. Shortly after, protests broke out in several cities, including Tehran and Saqqez.

The protests have continued and expanded since.

On Friday, protests were also intense in Zahedan, where protesters held rallies against the regime.

Security forces opened fire on demonstrators but the rallies continued and protesters defied the regime’s repressive forces. The people marched to a local police station and took over the facility.

Reports and videos show the IRGC flying military helicopters over the city to try to restore its control.

In Mashhad, protesters returned to the streets to have their voices heard. They were chanting anti-regime slogans such as “Death to the dictator” and “Death to Khamenei,” two slogans that have become very popular among people across Iran.

In Kerman, south-central Iran, people returned to the streets on Friday to resume their anti-regime protests. A large group of people had gathered and were chanting, “Death to the dictator.” In previous days, there were intense clashes between protesters and security forces in Kerman.

Meanwhile, videos and reports coming from Zahedan indicate that a large number of civilians have been injured and killed by the security forces. Hospitals are filled with people who have been shot by IRGC and anti-riot units.

In Ardabil, a large protest took shape. Security forces tried to attack and disperse demonstrators but were met with fierce resistance and were forced to flee.

Videos from Mashhad show security forces opening fire on protesters. Reports indicate that protests are still raging in many districts at night.

Protests were also intense on Thursday with reports of anti-regime rallies and strikes received from across the country. Authorities are ramping up their systematic and deadly crackdown while also disrupting internet connections to pursue their measures with impunity.

Internet disruptions could not prevent the Iranian people from taking to the streets. Dozens of cities and towns reported protest rallies, in addition to many areas of the highly-population Iranian capital of Tehran.

In Tehran, reports indicate the regime began using city buses to transfer its security forces to various areas. Authorities are also using ambulances to disguise their transfer of apprehended protesters.

The cities of Mashhad, Qom, Kerman, Gohardasht in Alborz Province, and Ghirokarzin in Fars Province also saw demonstrations against the mullahs’ regime.

Storeowners in the cities of Piranshahr, Oshnavieh, Isfahan, bazaar merchants of Imam Hossein Square in Tehran, and the shoe market in the Iranian capital launched their general strike to protest the ongoing crackdown of protests across Iran, the apprehension and detention of protesters, and the killing of Mahsa Amini, and to voice solidarity with the Iranian people’s nationwide protests.

Protests were also reported from dozens of other cities and relative footage usually arrives with significant delays due to the regime’s ongoing and escalating internet clampdown.

A number of office employees of Iran’s oil sector have issued a statement, published yesterday by Al Arabiya, condemning the crackdown of protests in Iran and warning they will go on strike if the status quo continues.

Those behind this statement have announced their “strong support” of the popular protests and demonstrations in Iran. “We will no longer tolerate these slavery-like living/working conditions.

Now, not only have our demands gone unanswered, the rulers of this country are responding to our protests by opening fire,” the statement reads in part.

The text describes the Islamic Republic of Iran as “despotic and inhumane”, adding “if the crackdown continues as we have said before, we will launch a strike.” These official employees of Iran’s oil industry have announced they will participate in the ongoing street protests.

The contract workers and project employees of Iran’s oil sector had previously warned if the trend of arrests and killings against the people, the harassment of women based on the regime’s hijab regulations, and the general crackdown against the Iranian population does not come to an end, they will not remain silent, will join the popular protests and bring their work to a halt, according to an Al Arabiya report on September 29th.

She urged the United Nations and its member states, along with all human rights defenders “to take urgent action to stop the massacre of protesters and form an international delegation to investigate the conditions of the victims and detained protesters.”