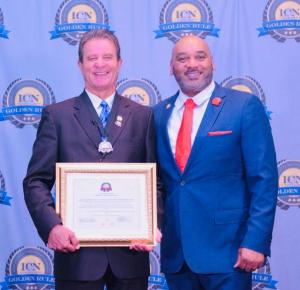 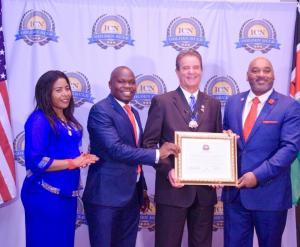 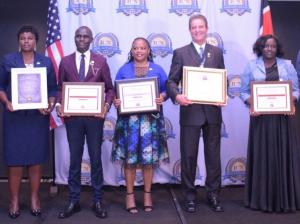 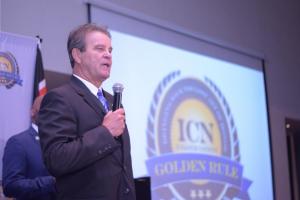 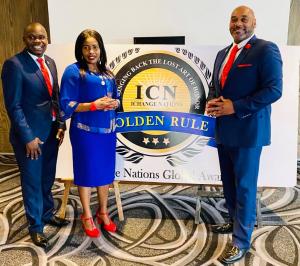 I have loved helping people with their dental needs, but my life has turned a page and I have embarked on an even higher calling.”
— Dr. Jeffery Jones

Dr. Jones’ personal story is a compelling one; dentist, author, Congressional candidate, and education activist. He was a highly successful dentist, named to America`s Top Dentists from 2006-2007 by the Consumers Research Council of America. He donated over $54,000 in free dental services to Heartland Head Start. Furthermore, he volunteered his services during the pandemic to administered COVID-19 vaccine shots to the public in Bloomington, Illinois USA.

In 2008, he sold his practice and turn his attentions to American’s education system and its high school matriculation rate to reduce the dropout rate. Dr. Jones authored his third book, Officially Pathetic, laying out his plans to lower dropout rates. As an education activist and Congressional candidate, Dr. Jones has an impressive media resume with dozens of radio and newspaper interviews and has appeared on TV in Washington DC and nationally on WGN Chicago.

In 2019 Dr. Ruben West was appointed Special Envoy for iChange Nations™ by the organization’s President and founder Dr. Clyde Rivers. Dr. West carries out his global mandate by identifying deserving individuals and nominates them to the organization for award consideration.

According to Dr. West, Dr. Jones efforts go beyond his local community. He has a vision to help the world and has taken action on that vision. “Honoring Dr. Jones with such a prestigious iChange Nations™ award is one of my most memorable moments as the ICN Special Envoy.” ~ Dr. Ruben West

iChange Nations™ is a Culture of Honor System; the organization is committed to bringing back the lost art of honor by building a Culture of Honor that recognizes individuals throughout the world who have exemplified extraordinary humanitarian efforts to effectively change nations.

According to ICN founder Dr. Clyde Rivers, ICN honors people and organizations that believe every life is valuable and is created to bring a contribution to the world. ICN is the largest “building cultures of honor” network in the world.

Dr. West said Dr. Jones has a true heart for service. Before going to Kenya Dr. Jones had been supporting businesses and projects there and he continued to look for additional ways to serve while in the country.

On the personal side, Dr. Jones grew up on a farm with wonderful parents and four brothers and above all loves spending time with his family. He also enjoys sports, especially watching and playing basketball and softball. Dr. Jones loves to water ski, jet ski, and snow ski. He is active in his church and kid`s school and sports activities. Dr. Jones rides motorcycles, has a pilot`s license, loves nature and the outdoors, camping and vacationing with family.

Dr. Jeffery Jones stands out because he is now in the company of a number of world leaders that have been presented global awards by the iChange Nations™ organization.

President Yoweri Museveni, of Uganda:
Honored for his great leadership in establishing and maintaining peace in his country.

First Lady, Janet Museveni, of Uganda:
Honored for the AIDS awareness policy ABC (Abstinence, Birth Control, and Contraception) an ever-present battle for the health of their people.

Vice President of Kenya, Kalonzo Musyoka:
Honored for his efforts in the peace making process for Kenya, Sudan and Burundi.

Former President Olusegun Obasanjo, of Nigeria:
Honored for the Anticorruption policies he implemented in Nigeria.

First Lady Maria de Luz Guebuza, of Republic of Mozambique:
Honored for her humanitarian efforts for the youth and women of her country as well as
bringing AIDS awareness programs.

Former President Wolde Giorgis, of Ethiopia:
Honored for his efforts to build a better environment in his country.

Dr. Vanda Pignato – Former 1st Lady of El Salvador:
Honored for her tireless efforts in protecting for women’s rights in the Republic of El Salvador.

Dr. Kenneth David Kaunda – Former President of Zambia:
Honored for his life’s work to establish peace in Zambia and on the continent of Africa.