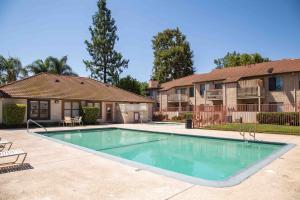 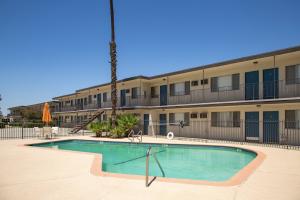 Both of these properties are essentially untouched and have tremendous opportunity for transformation.”
— Tower 16 Co-Founder Mike Farley

Since its founding in 2017, Tower 16 has made similar moves into markets throughout the West, having acquired over 4,600 units in California, Las Vegas, Phoenix, Tucson and Denver. The company seeks markets with increasing demand for workforce housing driven by job growth and in-migration but with relatively low levels of new supply. According to company executives, Tower 16 intends to build a portfolio of over 2,000 units in the Inland Empire market over the next several years.

Sienna Pointe Apartments is located at 13933 Chagall Court in Moreno Valley, Calif. The property includes a leasing office, clubhouse, playground and three pools. Heacock Park Apartments is located at 13325 Heacock Street in Moreno Valley, Calif. The property boasts covered parking, a playground, laundry facilities and a pool with spa. Both properties are located within minutes of the I-215 and CA-60 freeways with close proximity to the Centerpointe Industrial Area, March Air Reserve Base, Moreno Valley Mall as well as several large distribution centers along the I-215 corridor.

Tower 16 will be overseeing close to $10 million in upgrades and renovations at both properties including modernized unit upgrades, new clubhouses, gyms and updated pool areas. The company will also be adding outdoor amenities including barbecues, seating and outdoor gaming areas.

“Both of these properties are essentially untouched and have tremendous opportunity for transformation,” said Tower 16 Co-Founder Mike Farley. “Upon renovation, both properties will still be considered affordable for the residents of Moreno Valley.”

Tower 16 was represented by Brian Nelson of Colliers International alongside Nicole Parrish of Centurion Realty.

About Tower 16 Capital Partners LLC
Tower 16 Capital Partners, LLC is a commercial real estate investment and management company focused on acquiring and managing value-add investments throughout the Western United States. Headquartered in Encinitas, Calif., Tower 16 was founded in 2017 by principals Mike Farley and Tyler Pruett who have over 40 years of combined institutional real estate experience with an emphasis on value-add investing. Since 2017, the Company has acquired over 4,600 units representing close to $800 million of assets under management.