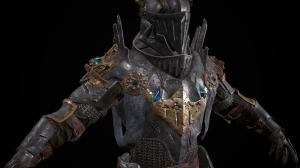 We are thrilled with the quality of the investors that our private sale has attracted.”
— Val Ermak, Thunder Lands founder

With $1 million in the bank, Thunder Lands opened up the second – larger — private round, which it plans to close by early March. Two private token placements is what the company expects to round up in order to pick the launchpad handling its IDO, the event that is scheduled to happen in the first half of March.

The current round was led by Crypto Gaming United, which, as the world largest crypto gaming league, wants to help its league members to play to earn in more games. Shima Capital also participated. Led by General Partner Yida Gao, of NEA fame, the fund has been active over the last two years during seed and angle rounds. Another notable fund was Vespertine Capital, which made a name by supporting dozens of blockchain metaverse game developers.

The round also attracted several smaller funds, which sprung up as collectives put together using DAO technologies with a marked goal of “conquering metaverse via collective purchase of NFT assets.” The most notable fund pursuing this strategy with Thunder Lands is DAO ROI.

“We are thrilled with the quality of the investors that our private sale has attracted,” said Val Ermak, Thunder Lands founder. “All of our investors are strategic smart money, some are working on enhancing their venture portfolio, some, like CGU, are looking to create more opportunities for their guild members, and some investors are funding the creation of their clans inside the game and founding of their own gaming guilds. The latter activity went into hyperdrive over the last six months.”

The round has also attracted a number of strategic vendors, like Swiss Laoban. Many investors are expected to return for the second private sale, which is underway now, and is expected to close by the end of the month. The second, $2 million round, is moderated by Heco Ventures, as Thunder Lands has chosen HecoChain blockchain for its launch.

Thunder Lands plans to top off the $3 million collected in two private token sales with a $1 million IDO. While the company aims to move up the funding schedule to keep the momentum with the development and community building, its timetable to hold the IDO in early March is purely internal, not based on SAFT commitments which are much more lenient.

“We are keeping with our timeline and will start hiring testers this month to find faults with the gaming mechanics prior to beta launch,” said Ermak.

Closely held, Dubai-based Thunder Lands is a virtual gaming metaverse in the Dark Fantasy genre. It is a string of dark worlds, where players take on roles of mercenaries and treasure-seekers. To operate in the game, players need access to TNDR tokens, which will be initially available to purchase in-game NFT assets. After the pre-sale these tokens will be available for purchase on several exchanges.