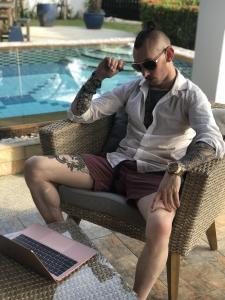 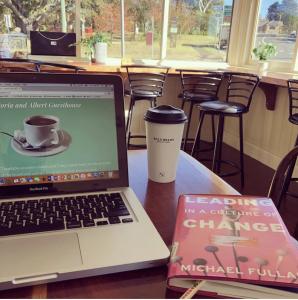 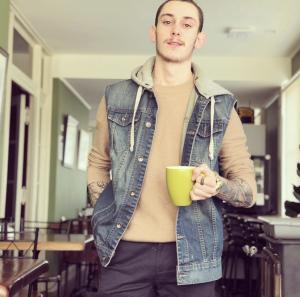 SYDNEY, NEW SOUTH WALES, AUSTRALIA, August 14, 2021 /EINPresswire.com/ — Mackenzie Thompson is an Australian marketing genius and was told as a child “you’ll never be successful” by many of his high school teachers. Never heard of him? In all honesty, I don’t think many people have, unless you’re heavily involved in the online space where TheMacLyf spends up to 12 hours of his time per day.

Whilst researching his Instagram and YouTube TheMacLyf explains how he lost his “regular” Job, which forced him to move back to living with his mother in his very early 20’s. Still studying at University, TheMacLyf went on to graduate with a degree in “Human Movement / Health Sciences”, but realised his time was better spent in the online world, as his brands started generating hundreds of thousands of dollars per year.

TheMacLyf openly explains that he has multiple income sources that anyone can use in the online space to generate income, ranging from e-books, to YouTube, to drop-shipping. At this time, TheMacLyf currently has a massive 22,000+ following on Instagram which he quotes as his “favourite revenue generating platform”.

It was a life changing moment for the MacLyf he states recalling the day of losing his job and being forced to move back home with his mother. He sat alone, with a feeling of defeat on the floor of his bedroom and thought to himself “why am I such a failure? What are all the rich and successful people doing that I’m not”.

TheMacLyf went on to search the term on Google “what do rich people do?”, which he now jokes about constantly on his YouTube videos saying “you don’t know what you don’t know and that’s all my intellect to manage to think of at the time”.

He discovered a video from Tai Lopez which he accredits as the major pivoting point in his life, where Tai Lopez persuasively encourages people to start reading more, “as success and riches lay just beyond a knowledge barrier of the common people”.

Mackenzie goes on to say that he found a seller on the popular trading website “Gumtree”, who was selling 100 books on business and psychology at the time for only $100.

He received over 100 books (as pictured below) only a few days after purchasing and began reading them straight away, dedicating the next entire year of his life reading books on his mothers living room couch.

Fast forward to only a year after that time and Mackenzie launched one of his first online ecommerce brands “The EveryDay Girl Fashion”, which generated him over $40,000 AUD in revenue within its first 6 months, using completely free marketing methods on Facebook Marketplace. Only a year after that all of his brands were reportedly generating over $100,000 per annum each.

Mackenzie explains the biggest lesson he has learned over his years in the ecommerce world is that “it always pays to be the most expensive in the market, being the second cheapest has no competitive advantage”.

“By charging a premium, you have more profit to use on providing a better service all around, and that’s all people care about when purchasing anything, the value and the experience”, Mackenzie quotes.

Mackenzie recently sold off his “major brand”, AusLuxuryTrends, and has shifted his focus towards his personal brand and automation services.

The idea of the shift came about as Mackenzie noticed a gap in the market for premium turnkey automations where he caps his clientele to only three new on-boardings per week.

Mackenzie enthusiastically states “this allows me to charge a premium, upwards of $13,000 USD, take home extremely high profits, provide the most superior service on the market, and massively reduce the stress and customer service demands of running any online business”.

Mackenzie aims to grow this brand to the 8 figure mark by 2022 and feels this will be easily accomplished leveraging paid ads on Facebook, Instagram and the fast growing new social platform Tik-Tok.

TheMacLyf gives the advice that you can be successful in any endeavour you undertake, whether in the ecommerce space, the corporate world or elsewhere. You just need to be dedicated to your craft, willing to constantly seek new information and hold yourself accountable at all times.

You can keep up to date with Mackenzie’s Journey on his Instagram @themaclyf.