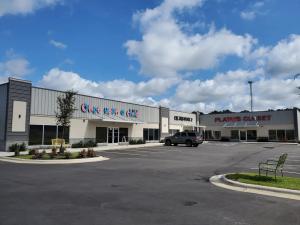 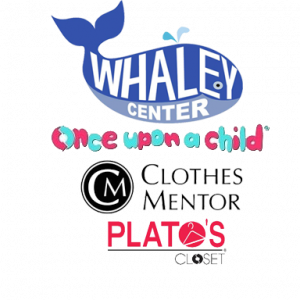 The Whaley Center, a new shopping mall in Fayetteville, will include three franchised firms, including Once Upon A Child, Clothes Mentor, and Plato’s Closet.

My very first time visiting the Whaley Center and I was very shocked at what all they had. Never would have expected to find the deals I did! Name brand items for super cheap!! My go to shop!”
— Ashley Hayes

FAYETTEVILLE, NORTH CAROLINA, UNITED STATES, September 7, 2021 /EINPresswire.com/ — A new shopping center came to Fayetteville — with Karese Whaley, a long-time resident of the city, finally owning commercial space in her own building. The project is opened for public at 4544 Yadkin Road in Fayetteville.

For Whaley, this is an ambitious vision that has finally come to fruition.

Whaley said “The site of Dixie Pawn was the perfect place to build a new shopping center. I started looking in 2017, realizing that I could pay less rent for three businesses combined than if they had stayed on their own”. As Whaley said, “I think it’s just awesome because you get all these different business types together under one roof. The same day that a property was listed for sale, I made an offer on it. It is located at the busiest intersection in my area and Nichols Buildings helped me make sure people could see from Skibo Road as well. It all worked out!”

“Even my storage that I’ve used for years backs up to my new building easement,” Whaley said. “It is impossible to run these businesses without storage and it physically shook me when I realized how close they would be”.

All three businesses, Once Upon a Child, Plato’s Closet and Clothes Mentor utilize the same business model although they specialize in different sizes.

Once Upon A Child Fayetteville NC

Once Upon a Child is an organization that helps parents save up to 70% off retail while recycling their current wares for the growing children.

The Once Upon A Child buys and sells gently used toys, children’s clothing, shoes, baby gear and furniture helping area parents spend less money on new toys saving them more of it. Their goal is to help recycle items bought by previous generations so they can be reused with younger kids who need them in order not have too many expenses at once when having kids.

Clothes Mentor sells clothes in a variety of sizes from 0-26 that often include popular brands such as Lilly Pulitzer, Michael Kors and Tory Burch.

The clothing store Clothes Mentor buys all kinds of women’s fashion items including handbags, accessories and designer wear. They have a wide range of products throughout the seasons so anyone can find their favorite styles at great prices whenever they go on sale!

Whaley visited the franchise in Wilmington after she saw an advertisement for Once Upon a Child, which opened to be the first store in Fayetteville.

Whaley said, “I was looking to bring European children’s clothes but when I visited the store in Wilmington, it seemed like a good fit. It was an easy decision for me to open this up at our Fayetteville location as well.”

Once Upon a Child was an immediate success at the Crosspointe Center. In fact, Whaley realized she turned away many items that should be sized for youth because of quality or condition so her plan to open Plato’s Closet began shortly after this realization.

“It took me a while to find the right spot, but I opened Plato’s Closet in 2011 in that same shopping center.”

As she was operating Once Upon a Child and Plato’s Closet, Karese Whaley realized that women’s clothing would be another market to explore. She opened her second store in 2013 called Clothes Mentor at Westwood Shopping Center.

“The three businesses will have a centralized location in the Whaley Center. Not only that, but they’ll also have new designs for their franchises.”

The Whaley Center is going to be home to all of these businesses and not just because it’s centrally located; each business has completely revamped its design as well!

Whaley attributes her success to the unconditional love and work ethic that she inherited from her father.

Whaley is a triple threat: she’s got the business acumen, strong volunteer work ethic and caring motherly nature. She works with Cumberland County foster programs and Junior League of Fayetteville events such as Holly Day Fair to help kids in need and support community members who are struggling.

“I’m a sustainer with the Junior League of Fayetteville. I’ve focused on children’s organizations, and I think it is important as a business owner to also give back to the community,” said Whaley

Not only will the new building bring all three businesses together for one shopping experience, but it also gives Whaley peace of mind that she has been both mother and mentor who always strived her best in life. “Ive wanted this my whole life… Being my own boss was important”

The Whaley Center has opening its doors for customers, so you can easily visit them.