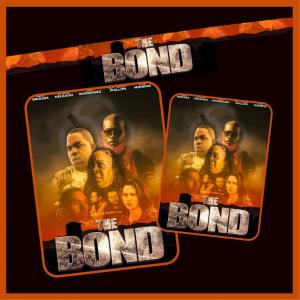 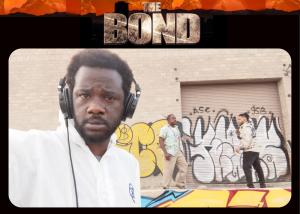 The Bond Behind the Scenes 1 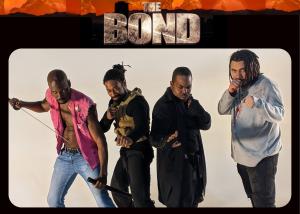 The Bond Behind the Scenes 2 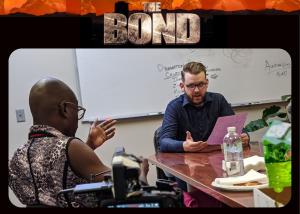 The Bond Behind the Scenes 3 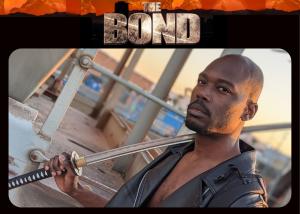 The Bond Behind the Scenes 4

We shot this film guerilla style throughout the streets of Phoenix. On train tracks. A very hard process, but very rewarding overall.”
— Jaron Ikner (writer/director)

LOS ANGELES, CA, USA, April 28, 2022 /EINPresswire.com/ — The stage is set for the worldwide premiere of THE BOND – A Jaron Ikner Film this Saturday, April 30 at The Majestic theatre (formerly Alamo Drafthouse) in Tempe, Arizona.

The place: Phoenix, Arizona. The year: 2025. Two estranged brothers (Ashe Bridges, Roy ‘Kaizo’ Phillips) are forced to put aside their differences when their ailing mother is forced into quarantine amid the backdrop of the deadly Auroravirus. Together, they venture into “The Dead Zone” and are caught up in the ever escalating conflict between an omnipotent corporation and a group of rebel guerillas led by a radical revolutionary known as Dee Campbell (Zion Monroe). Throughout their journey, tensions run high and violence persists, testing the strength of the family bond the two brothers share. By the end of their story, nothing will matter more than loyalty.

THE BOND also stars Jasmine Delgado, Joey Rodriguez, Chandra Purnell-Bond, Tyrone Campbell, Ashe Bond, and Antoine Jones. The film was written and directed by Jaron Ikner, a multi-talented multimedia artist who gives the world of THE BOND a genuine lived in feel.

“We shot this film guerilla style throughout the streets of Phoenix. On train tracks. A very hard process, but very rewarding overall.” – Jaron Ikner (writer/director)

In 2020, Ikner was set to create his debut feature Magenta as a thesis film for his alma mater. However, due to the restrictions set in place by the Coronavirus pandemic, the planned production was shut down two weeks before filming was to commence. Ikner used his stimulus funds to purchase new camera equipment in order to produce a few short films over the summer. But with the wealth of talent that volunteered to assist him in the endeavor, plans were soon set in place to create a new feature film in place of Magenta. That’s when the seed of THE BOND was planted. After shooting a “proof of concept” trailer, Ikner was able to raise enough donations to fund the project. This attracted several producers, including Tyrone Campbell, who provided additional costs and production services to the exciting production.

On top of the film’s world premiere on April 30 in Tempe Arizona, Ikner also plans to release a novelization of the film that dives even deeper into the dystopian nightmare the film depicts. All leading up to its VOD release May 6 exclusively through Reelhouse.org.

To learn more about this unique motion picture experience, be sure to visit website for THE BOND by clicking HERE

ABOUT STARSTRUCK MULTIMEDIA
Founded in 2016, Starstruck Multimedia focuses on multi-faceted storytelling and marketing through a variety of mediums. Through innovative brand synergy, multimedia production ranging from writing services including copywriting and press releases, to video/film production, and creative consultation, Starstruck Multimedia delivers an one of a kind service that concentrates on making sure the voice and story of our clients is heard.

ABOUT JARON IKNER
Jaron Ikner is a multimedia artist from Arizona who is creative regardless of genre, topic or format. Whether he is working with his record label, writing, or filming he prides himself on cultivating an unique perspective. His passion for storytelling is a driving force in his endeavors, offering multimedia experiences through video, film, writing, graphic design, and creative direction. He has written science fiction novellas such as Rosemont and Parallax and has used his writing abilities to pen numerous articles for the Phoenix New Times and MEOW magazine.