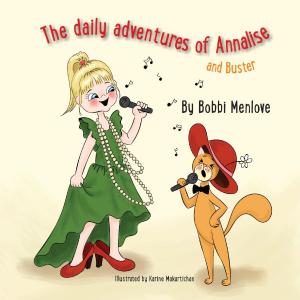 Author Delights Us With The Friendship of Annalise and Buster

What I have got from my childhood aren’t toys, but memories. And happy memories are better than any toy.”
— River Phoenix.

LOS ANGELES, CALIFORNIA, UNITED STATES, April 15, 2022 /EINPresswire.com/ — Author Bobbi Menlove will be one of the featured authors in the upcoming Los Angeles Festival of Books 2022 with her published book titled The daily adventures of Annalise and Buster. It is a children’s book about a four-year-old girl named Annalise and her beloved stuffed animal, Buster. Annalise is a girl who loves adventures as seen through her eyes when she visits the zoo, shops with her mommy, interacts with family members, and more. Further, her beloved stuffed animal Buster feels alive when Annalise imagines it and the two of them enjoy their adventures together with an excitement for life that a child can understand.

In each daily adventure experienced by Annalise, the reader can feel her joy, intrigue, compassion, and love for others. These and other adventures await in this lively retelling of actual events in the life of Annalise and Buster.

Bobbi Menlove is a forty-seven-year-old mother and grandmother. She raised her granddaughter, who inspired her to make the book. She has a degree in Psychology and three years of graduate school in Mental Health Counseling. Bobbi took a break from education to tend to her granddaughter and found it to be a rewarding change of pace. She worked as a Social Worker for Child Protective Services. She had over twenty years of experience working with special needs children who had autism spectrum.

The daily adventures of Annalise and Buster
Written by: Bobbi Menlove
Hardcover |

Book copies are available at other online book resellers.