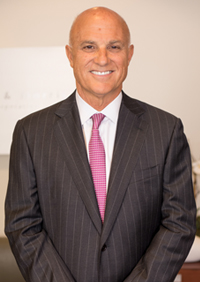 The landmark California Supreme Court ruling clarified that the state’s insurance anti-lapse laws apply to all policies in effect when the law was passed.

LOS ANGELES, CALIFORNIA, UNITED STATES, May 17, 2022 /EINPresswire.com/ — On August 30, 2021, the California Supreme Court issued a bombshell opinion in a case titled McHugh v. Protective Life Insurance Company (case no. S259215). The Court found that recent amendments to the California Insurance Code establishing notice requirements prior to policy lapse applied to all policies then in force, not just new policies issued after those amendments were passed. McHugh immediately triggered a wave of life insurance coverage disputes concerning whether and how the insurance providers had given notice before terminating policies with premiums in arrears.

In 2013, the California Legislature passed and the Governor signed Assembly Bill 1747. AB 1747 established a new minimum grace period for life insurance policies to remain in effect following missed premium payments and provided for certain additional notice requirements. The lawmakers were reacting to complaints of insurance companies capitalizing on the tendency for policyholders to miss premiums when elderly, ill, or injured–precisely when they are most likely to need their life insurance coverage. Insurers were accused of deliberately letting policies lapse just before insured parties passed away, having pocketed decades of premiums up to that point.

Taken together, the new Insurance Code sections 10113.71 and 10113.72 require insurers to give policyholders at least 60 days to correct missed premiums before letting the policies lapse. Policyholders can designate someone else to receive notice of a pending policy lapse or termination. Insurers must give notice to the designated party as well as the policyholder and other interested parties whenever a payment is missed or a lapse or termination is impending. Elderly policyholders, for example, can designate family members or other beneficiaries to receive notice of missed premium payments to avoid inadvertent policy lapse.

Life insurance companies were, naturally, livid, and sought to work around the notice requirements where possible. Insurers argued that the new notice requirements should apply only to new policies issued after the law went into effect, while policyholders argued that the new rules applied to all policies. In McHugh, the California Supreme Court sided with the policyholders and ruled that sections 10113.71 and 10113.72 “apply to all life insurance policies in force when these two sections went into effect, regardless of when the policies were originally issued.” The Court made no bones about its decision, stating that broader application “fits the provisions’ language, legislative history, and uniform notice scheme, and it protects policy owners – including elderly, hospitalized, or incapacitated ones who may be particularly vulnerable to missing a premium payment – from losing coverage, consistent with the provisions’ purpose.”

McHugh’s ruling has been cited and reaffirmed in a number of cases since. In Thomas v. State Farm Life Insurance Co., the Ninth Circuit Court of Appeals relied upon McHugh in affirming a district court decision rejecting a policy lapse that was not in compliance with the notice and grace period requirements. While the district court had focused its ruling on the fact that the policies had been renewed after 2013, the Ninth Circuit took it a step further and held McHugh unequivocally requires the code sections to apply to all policies, not just new policies. Moreover, the Ninth Circuit rejected the insurance provider’s argument that failure to adhere to the new lapse laws should not be grounds to reject a policy lapse without evidence that noncompliance actually led to the lapse. It’s enough to show that the insurer failed in its notice and/or grace period duties without establishing causation.

Policyholders challenging alleged unlawful lapses have cited McHugh in several cases since the ruling. For example, a putative class action titled Cheri Poe v. Northwestern Mutual Life Insurance Company (Case No. 8:21-cv-2065-PA-Ex) seeks to recover unpaid premiums and additional damages on behalf of all Northwestern customers whose policies were terminated in violation of the lapse requirements. A similar class action (Aphrodite Tina Weinstein-Nernberg v. Banner Life Insurance Company, case no. 2:21-cv-9270) has been filed in the Central District of California alleging that another company, Banner Life, failed to adhere to the lapse requirements before terminating policies due to unpaid premiums.

Robert S. Gianelli of the California insurance law firm Gianelli & Morris, whose firm is involved in the Northwestern Mutual and Banner Life cases cited above, believes these lawsuits are necessary to make the insurance companies comply with the law. Gianelli says, “It is clear that, following the California Supreme Court’s decision in McHugh, life insurance companies have failed to rectify their past lapsing of life insurance and denial of death claims in violation of Insurance Code sections 10113.71 and 10113.72.” For Gianelli, the insurer’s actions amount to a bad faith insurance practice. “They should be revisiting those claims and paying them,” he says, “but they are simply ignoring their obligation of good faith and fair dealing owed the beneficiaries.”

Whether the lawsuits will take hold as collective actions remains to be seen. A court in the Northern District of California recently denied class certification in a case titled Siino v. Foresters Life Insurance & Annuity Co.. The plaintiff proposed a class of policyholders whose policies were terminated without adherence to the lapse requirements, but the court found the plaintiff had not offered a proper damages model uniting the class.

The Siino decision might not spell the end of class actions based on lapse requirement violations: While determining the lost value of a lapsed policy for living policyholders may be challenging and differ among class members, a class of beneficiaries denied coverage due to policy lapse may be easier to unify.