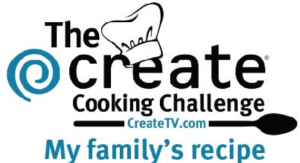 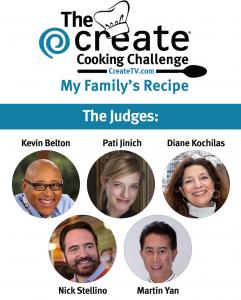 Meet the Judges of this year’s Create Cooking Challenge

BOSTON, MASSACHUSETTS, US, February 8, 2022 /EINPresswire.com/ — Create TV announces the launch of the next Create Cooking Challenge, the fifth of its national video contests designed to seek digital hosts for a lifestyle series. This year, the Create Cooking Challenge: My Family’s Recipe is focused upon the rich, diverse heritage of Americans and the foods of their families passed down through generations – sometimes versions of local or regional dishes. The Grand Prize Winner will host a web series on CreateTV.com. Create is one of the nation’s most-watched multicast channels, airing on 241 public TV stations and reaching 40 million viewers annually.

Sponsored by American Public Television (APT), the Create Cooking Challenge: My Family’s Recipe runs from March 8 to April 5, 2022. Entrants must submit online a short (two minutes or less), original video featuring their recipe, a short narrative about their cooking interests and the recipe, a photo of the finished dish, and the recipe. The contest will be judged by Create staff and a panel of some of public television’s most recognized hosts: Kevin Belton (Kevin Belton’s Cookin’ Louisiana), Pati Jinich (Pati’s Mexican Table), Diane Kochilas (My Greek Table), Nick Stellino (Storytellers in the Kitchen), and Martin Yan (Yan Can Cook!).

A complete list of judging criteria, tips for creating your entry, official rules, and a preview copy of the submission form are available starting today at CreateTV.com/challenge/.

Sponsored by American Public Television. NO PURCHASE NECESSARY. Open to legal residents of the fifty United States,the District of Columbia and U. S. Territories. Age 18 years or over. Begins 3/8/22 at 12:01 a.m. ET; ends 4/5/22 at 11:59 p.m. ET. For the complete Official Rules, visit www.CreateTV.com/challenge/ starting February 8, 2022. Void where prohibited by law.