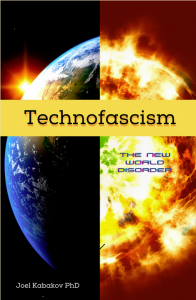 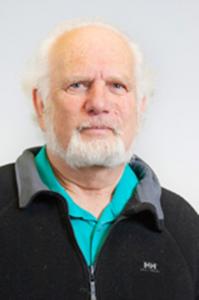 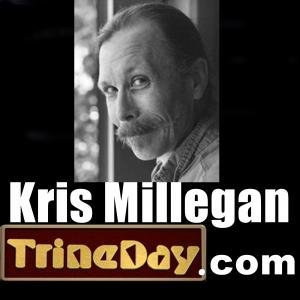 But Wikipedia Won’t Allow a Page, He Says

WALTERVILLE, OR, UNITED STATES, March 14, 2022 /EINPresswire.com/ — “Technofascism: The New World Disorder” by Joel Kabakov, TrineDay Publishing’s 150th book, is being released March 15, 2002, says publisher RA “Kris” Millegan. “The word technofascism sprang out of the author’s mouth one day when he was discussing modern trends with a friend a number of years ago.”

“In the Foreword of the book, Andy Farnell says that the transformation of technology into tyranny seems to be a global and universal process. And he asks, does something within us crave enslavement and the beatings of a harsh mechanical master? Are we abdicating our free will to serve a new religion? And if Joel’s word is a call to arms, we must ask not if technology can save us but can we save technology.”

“I publish books to expose the people in the shadows who manipulate news and events in order to impose their agendas on us,” says Mr. Millegan. “Often, they get us fighting among ourselves while they rob us blind and do horrible things to people in other lands. This is not the America of our ideals, which it is our duty to create and pass on to our children. How hard it is to stay free and force one’s government to honor human rights is indicated by what Joel wrote on page one of his book:

‘…the greater the geographic reach of empire, the greater the need for social control at home accompanied by brutal state crackdowns on dissent no matter how just or popular. In fact, the mass projection of power abroad requires a massive labor class at home, the one most likely to give rise to humanitarian protest movements. Hence, support for the emperor-dictator … absolutely requires that everyone serve the state whether directly or indirectly. Subsequently … in empire states … any collective desire for liberty and the right of dissent has been drummed out of the populous … whenever it arises thereby keeping any glimmer of democracy in political eclipse. Good morning, America.’”

“Ominously,” Millegan says, “Joel makes the case that a core objective of the technofascist state is the creation of a proxy culture that replaces and eventually destroys culture itself. Joel’s book epitomizes TrineDay’s mission and is most fitting as our 150th book.”

RA “Kris” Millegan runs TrineDay, a small publishing house that arose in 2002 as a response to the consistent refusal of the corporate press to publish many interesting, well-researched and well-written books that challenge official history and tend to rock the boat of America’s corporate culture. On March 15, 2022, TrineDay will release its 150th book.

Joel Kabakov, composer, former composition chair at the Boston Conservatory, poet, and author of “Technofascism: The New World Disorder,” which was inspired by Rachel Carson’s 1962 classic “Silent Spring,” which launched the environmental movement.