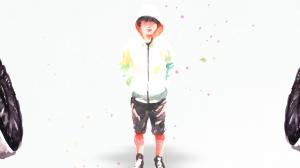 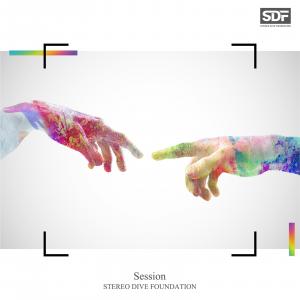 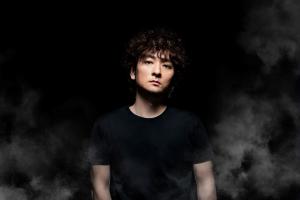 More than a year has passed since the spread of the new coronavirus was first confirmed in Japan, and lifestyles and communication between people have changed little by little. The music video had been produced in response to many requests from listeners to express how it is “now” through visuals.

The music video was created by the up-and-coming videographer MIMEI AOUME. The video was completed remotely by using a technique called rotoscope, in which the movement of the subject was photographed with a camera, traced, and then animated. The story is centered around the new human connections, bonds, and dreams that was gained through the changes which had happened from the pandemic. The music delivers a warm message that you could still feel the connections with someone even though you may be physically away from each other.

With the theme “enjoy music together and make every day happy” in mind, R・O・N originally revealed the pop track on YouTube, inviting fans to send in chorus vocals, claps, and their own instrumental play-along tracks. R・O・N skillfully combined all the submissions gathered from his fans, capturing the enduring connection between the artist and fans.

The song continues to receive many comments from fans, such as “Listening to Session, it makes me feel kind”” A song full of gratitude and love” “Though it’s difficult for many people to get together, it’s a song created with a lot of people, formed into gentle and kind song”” The beautiful visuals brought me to tears”” I was able to be part of a song of my favorite artist!”

About STEREO DIVE FOUNDATION
STEREO DIVE FOUNDATION is the sound making project of songwriter/pop electro music producer and former rock band OLDCODEX member R・O・N who produces various sound contents and music for varieties of popular Japanese artists and Anime such as “Moriarty the Patriot” and “That Time I Got Reincarnated as a Slime”.

This project was named with the meaning of entrusting himself to the stereo, which is the sound source. In addition to his talent as a multi-player of various musical instruments, he also is a Sound Artisan who produces a track with the futuristic synth work and a melody that will resonate with your heart.

R・O・N himself sings on the project’s songs, but also welcomes guest vocalists and guest musicians actively with the style of having the flexibility to correspond to what the world is in demand. R・O・N has been reputable for his distinct programming arrangements with it being able to adapt to various genres of music along with his catchy and artistic sounds. R・O・N has over 270K listeners on his Spotify and his song “Daisy” have streamed over 4,300K.

He will do whatever it takes to express his desired sounds with his incredible sense, regardless of any method. This is STEREO DIVE FOUNDATION.