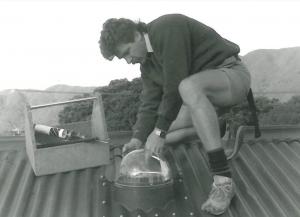 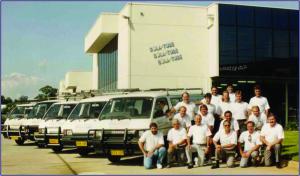 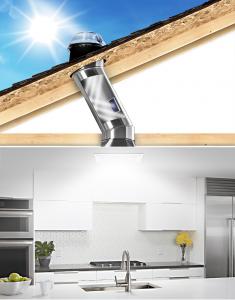 The Evolution of Skylights

SAN DIEGO, CA, UNITED STATES, August 25, 2021 /EINPresswire.com/ — Over these past three decades, the world has experienced building booms and busts, energy crises, brownouts and blackouts, all leading toward a shift to sustainability and a realization that more natural light indoors is better for the well-being of humans and the planet. And through it all, Solatube International Inc. has been leading the charge, relentlessly innovating and improving its products and their performance to help conserve resources and protect the environment for a better future. Brightening over two million homes, schools, stores, hospitals, offices and other facilities in over 100 countries, Solatube comes back to its roots to review how an idea from three young entrepreneurs evolved into cutting-edge daylighting products that continue to deliver energy-efficient solutions that inspire and shine pure, natural light in residential and commercial spaces across the world.

It all started 30 years ago by three dreamers from Down Under who had the radical concept of capturing sunlight from a roof and transferring it into a dark home. Little did these budding entrepreneurs know that their new product innovation would address a massive void in the building industry, soon becoming a worldwide phenomenon. For years the trio of visionaries pulled their resources together to produce technical drawings and develop launch materials for the new product idea, and in July of 1991, Solatube International Inc. officially opened in Australia, selling only one product, the Solatube 250 residential tubular skylight (or 10-inch unit).

With only four employees and 7,500 square feet of space, Rillie and his team in the United States explored several more innovations, including add-on features and a larger unit. These developments helped Solatube Australia open its first retail store in South Africa and establish the first Solatube International distributor in New Zealand.

“From there, Solatube’s popularity continued to spread across the global market, and over the next decade, we coined the category name Tubular Daylighting Device, or TDD,” added Westfall. “This helped create a new segment in the building industry which led to developing and supporting new codes and standards for building safety and energy conservation.”

Eventually, Solatube outgrew its first U.S. office, and in 1999, the organization moved to its current 57,000-square-foot international headquarters in Vista, Calif.

Continuing to earn its reputation as the market innovator, Solatube invested heavily in product development and over the next decade introduced an enhanced residential line featuring its patented Raybender® technology and Spectralight® Infinity Tubing, residential decorative fixtures, the Solar Star (a residential solar-powered attic fan), the SolaMaster series (a 21-inch commercial daylighting system) and the ground-breaking 29-inch commercial SkyVault series.

Additionally, Solatube continued to expand worldwide, with new global distributors throughout Europe, Russia, Central and South America, Africa and Asia. With the global expansion and a strong product line, Solatube had set its foundation.

“Thirty years of innovations, collaborative dealers and distributors, committed employees and visionary leadership have created Solatube’s unrivaled position in the daylighting industry,” Westfall shares. “We thank the building industry for embracing our new technologies and the millions of people who allowed us the privilege of installing Solatube in their homes and workplaces.”

“The first Solatube Home franchise concept will be in sunny Phoenix,” added Westfall. “We believe this will be the perfect market and I’m delighted to return to my hometown to help launch this new franchise with owners Amanda, Justin and Kevin Rhodes.”

About Solatube International
Solatube International, Inc., widely recognized as the daylighting industry innovator, has earned worldwide acclaim for its unrivaled ability to transform interior spaces with natural light. Based in California, the company is the leading manufacturer and marketer of tubular daylighting devices (TDDs) for all types of residential and commercial applications, and residential energy-efficient home ventilation systems. Solatube continues to innovate with groundbreaking products that increase energy efficiency and light output and were among the first innovations to receive the “Solar Impulse Efficient Solution” Label by The Solar Impulse Foundation, recognizing all the effort and innovative developments the company has made to become a recognized energy-efficient solution. Solatube is currently celebrating its 30th Anniversary and is opening its first franchise in Q3 of 2021. For more information about the company and its related products, visit www.solatube.com.