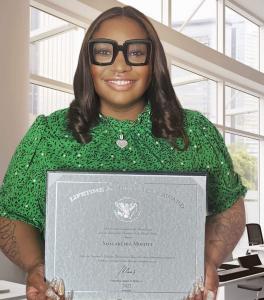 Building infrastructure for our national communities has always been my personal assignment. The love and admiration for our nation is one of a kind”
— Shalakemia Moffitt

The Harrisburg native, as a teenager, began working with Americorp and Project Habitat in the city of Harrisburg assisting the community and rebuilding elderly housing. Shalakemia became more focused on creating solutions to help the underserved and those who were separated from their families.
Years later, she began her journey as an outspoken advocate for building and healing in the family structure. During a telephone interview with the Executive 1 Media Group team in February of 2022, Moffit stated:

In 2016 Shalakemia was awarded Foster Parent of the Year, Mom of Influence Award in 2018, Beautiful Beast Community Service Award in 2018, and Innovator of the Year in 2019. Moffit utilizes her social media platform to address tough subject matters to bring forth awareness to millions of viewers around the globe. Shalakemia Moffit can be seen daily via social media on platforms such as Facebook, TikTok and Instagram.
Many Hollywood celebrities and networks have stood with Shalakemia such as Vivica Fox, Wanda Durant, and Amina Butterfly. The Word Network and a vast number of media outlets such as Power 99 FM, African American Religious Network and The World Network, sharing her advocacy of empowering individuals who battle behavioral health conditions.