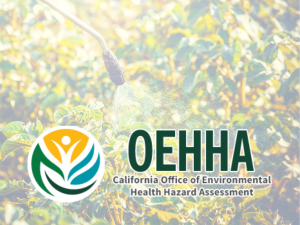 The warnings on the California EPA Prop 65 website inform Californians about their exposures to chemicals that cause cancer, birth defects or other reproductive harm. 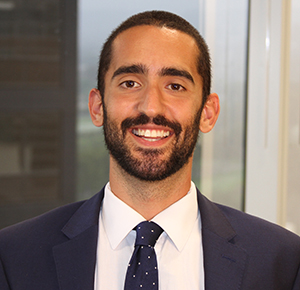 Glyphosate is one of the most widely used chemicals in the history of agriculture. Glyphosate-based products like Roundup (Monsanto/Bayer) are sprayed in parks, home gardens, along highways, and in other public spaces. In March of 2015, the International Agency for Research on Cancer (IARC), part of the World Health Organization (WHO), concluded that glyphosate is a “probable human carcinogen.” Based on IARC’s classification, California subsequently listed glyphosate as a chemical known to the state to cause cancer under California’s Safe Drinking Water and Toxic Enforcement Act (known as Proposition 65). Proposition 65 prohibits anyone in the course of doing business to knowingly or intentionally expose others to a chemical known to the state to cause cancer or reproductive toxicity without first giving a clear and reasonable warning.

Baum Hedlund Aristei & Goldman consumer attorney Pedram Esfandiary spoke at the Prop 65 virtual public hearing “Clear and Reasonable Warnings for Exposure to Glyphosate” on September 9, 2021 and he submitted a public comment on October 7, 2021. Esfandiary and his colleagues were the only lawyers in America to serve on all of the trial teams for the first three successful Monsanto Roundup cases to go before juries. They proved in trial that exposure to Monsanto’s Roundup caused the plaintiffs to develop non-Hodgkin’s lymphoma. Trials conducted between 2018 and 2019 resulted in groundbreaking and historic verdicts for the plaintiffs worth a combined $2.424 billion.

Baum Hedlund’s public comment implores OEHHA to provide a clear and reasonable warning to Californians before they expose themselves to a carcinogenic product. “Indeed, several years of personal injury litigation involving exposure to GBPs and the development of cancer—which our firm spearheaded through three trials that returned unanimous, substantial jury verdicts (all affirmed on appeal) on behalf of individuals harmed by GBPs—underscore the need for adequate warning language before Californians are exposed to potentially carcinogenic products,” the public comment reads.

The proposed warning label for glyphosate contains the following language: “Other authorities, including USEPA, have determined that glyphosate is unlikely to cause cancer, or that the evidence is inconclusive.” According to Baum Hedlund’s public comment, this statement “is inaccurate and risks misleading the public.”

In the summer of 2016, the EPA’s Office of Research and Development (“ORD”) analyzed seven epidemiological studies on the association between glyphosate and the blood cancer non-Hodgkin lymphoma (“NHL”)…The internal “confidential” report concluded that four of the highest-quality studies “all reported elevated risks of NHL associated with exposure to glyphosate even after controlling for other pesticide exposures.” Following review of the seven studies, the report observed that “the results of seven epidemiologic studies reporting on the association between exposure to glyphosate and risk of NHL were consistent in reporting elevated risks of NHL associated with exposure to glyphosate.” Significantly, the report proceeded to conclude that the “available epidemiologic studies provide suggestive evidence of carcinogenic potential between glyphosate exposure and increased risk of non-Hodgkin lymphoma.” (emphasis added)…This is clearly a far-cry from the assertion that EPA has “determined that glyphosate is unlikely to cause cancer”, or even that the evidence is “inconclusive”.

The public comment cites an article published this summer by investigative journalist Sharon Lerner, who noted that EPA never let the internal report from 2016 see the light of day. Instead, per Lerner’s article, “[EPA] released reports in 2016 and 2017 that clearly drew on the earlier document—several sections have identical wording—but reached the opposite conclusion: that glyphosate is ‘not a probable carcinogen.’”

In her journalistic work, Lerner interviewed numerous former EPA Office of Pesticide Programs officials. OPP is the department within the EPA responsible for regulating glyphosate. Lerner’s interview subjects described the agency as “unable to stand up to the intense pressures from powerful agrochemical companies, which spend tens of millions of dollars on lobbying each year and employ many former EPA scientists once they leave the agency.”

In closing the public comment, Baum Hedlund makes clear that it would be misleading for OEHHA to include language from EPA noting that glyphosate is not likely to cause cancer:

The facts are unequivocal. The EPA concluded internally in 2016 that the existing human data provides “suggestive” evidence of an association between exposure to glyphosate and cancer—the very same scientific evidence tried and held to pass muster in three trial courts and three appellate courts, and upon which IARC relied in its 2015 glyphosate classification. Monsanto’s sustained efforts to align the agency’s determination with its corporate agenda—as repeatedly affirmed by independent juries and judges based on the company’s own internal documents—were instrumental in ensuring that the EPA’s published glyphosate analyses departed from the agency’s 2016 internal finding. Based upon this record, it is nothing short of misleading for a proposed warning to convey the impression that the EPA has held that glyphosate is “unlikely” to cause cancer or that the agency deemed the data “inconclusive”.

Three Baum Hedlund Aristei & Goldman trial attorneys served on the trial teams for all three of the first Monsanto trials which culminated in landmark jury verdicts for the plaintiffs. These verdicts paved the way for last summer’s Roundup settlements announcement with Bayer worth approximately $10.9 billion. Across all areas of practice, Baum Hedlund has won more than $4 billion in verdicts and settlements for its clients. The firm has received high acclaim for its success in multiple practice areas, including Law360 California Powerhouse, The U.S. News – Best Lawyers® “Best Law Firms”, National Law Journal’s Verdicts Hall of Fame, Law360 Product Liability Practice Group of the Year, ALM and National Trial Lawyers Elite Trial Lawyers Mass Tort Trial Team of the Year 2019 and Pharmaceutical Litigation Trial Team of the Year 2018.

*At this time, Baum Hedlund Aristei & Goldman is no longer accepting Roundup cases. Additionally, nothing in this statement is intended to promote or encourage further litigation against Monsanto related to Roundup and NHL.