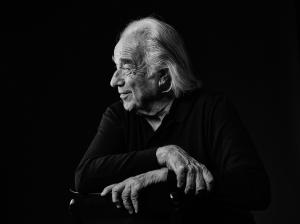 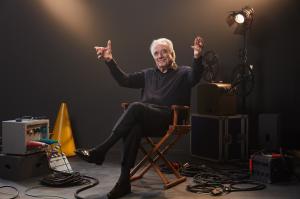 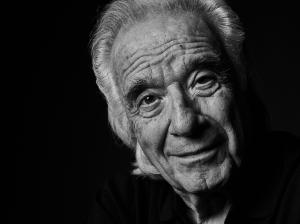 How the Maestro Got His Hands Back With Bionic Gloves!”
— GQ Magazine

Thanks to a pair of bionic extender gloves designed for him by industrial designer Ubiratan Bizarro Costa, Martins could play the piano for the first time in two decades – a profoundly moving moment captured in a globally viral video. Martins lost his ability to play because of a series of tragic accidents, neurological episodes, focal dystonia for musicians, and a brutal mugging and has endured 25 surgeries. Since the early 2000s, he has focused on conducting.

He will lead NOVUS NY in a João Carlos Martins Concert, with a program focusing on the music of Bach, the late pioneering 20th century Brazilian Heitor Villa-Lobos, and André Mehmari, one of the most sought-after composers in Brazil.

The concert begins with two of Bach’s Brandenburg Concertos: No. 3 in D major and No. 1 in F Major, followed by his Cantata BWV 147, Jesus, Joy of Man’s Desiring, arranged for chamber orchestra by Heitor Fujiname.

The second half of the evening shifts to Brazil, Martins and the Novus NY will perform the Preludio from Bachianas Brasileiras No. 4 inspired by Bach.

The evening ends with André Mehmari’s Portais Brasileiros nº 2 (Cirandas), a Fantasy Suite inspired by Brazilian traditions. Despite being a modern fantasy, it reveres traditions of our timeless heritage.

The New York Times considered the esteemed Brazilian pianist and conductor João Carlos Martins “one of the most important pianists in the world.” He was born in 1940 and made his formal debut at 18 at the Casals Music Festival in Puerto Rico. International attention grew in 1961 when at age 20, he made his U.S. debut in Washington DC with Bach’s 48 Preludes and Fugues from the “Well-Tempered Clavier,” a work that became one of his specialties.

After making his Carnegie Hall debut sponsored by Eleanor Roosevelt in the same year, Martins appeared with major orchestras, played Bach recitals worldwide, and made recordings. The Boston Globe characterized him as “The most exciting player of Bach on the modern piano to emerge since Glenn Gould.”

Unfortunately, a series of accidents and neurological episodes beginning in 1966 forced him to abandon his career by 1970. He made a comeback in 1978, playing the first book of the “Well-Tempered Clavier” at Carnegie Hall to a sell-out crowd. He resumed giving concerts and embarked upon a recording of the complete Bach’s keyboard works.

Further neurological difficulties in 1985 required prolonged treatment, but by 1993 Mr. Martins again was recording and concertizing. Tragically, two years later, he was violently attacked while recording in Bulgaria and left with only limited use of his hands.

Maestro Martins soon found a new outlet for his expression and a way to benefit less fortunate Brazilians. In 2004, he formed the Bachiana Chamber Orchestra and the Bachiana Youth Orchestra, which started with about 45 teenagers, some of whom were from the poorest neighborhoods around São Paulo. Today his 90-member Orquestra Bachiana Filarmônica SESI-SP performs over 2,000 concerts worldwide and in Brazil, where he continues to develop his projects.

Today his main project involves 750 associated community Brazilian orchestras. He hopes to democratize classical music for future generations by encouraging young musicians to participate in new orchestras. His goal is to involve 1000 community orchestras. In 2010 he earned the highest Brazilian Government award for a classical artist for his work.

In 2001 the book, Conversations with Martins by David Dubal coincided with Martins’ new recordings of Mozart, Haydn, and Beethoven. He was the subject of the 2004 German documentary Die Martins-Passion, which won several international awards. Martins, featured on the CNN Heroes series in 2016, was also the subject of João, O Maestro, a 2017 biographical feature film directed by Mauro Lima and produced by LCBarreto e GloboFilmes.

The “expert and versatile musicians” (New Yorker) of NOVUS NY join celebrated Brazilian pianist and conductor João Carlos Martins as he makes his return to Carnegie Hall to conduct a program of Bach and Brazilian music. Under Martins’s musical direction, NOVUS NY will perform Bach’s Brandenburg Concertos No. 1 and No. 3, Villa-Lobos Prelude from Bachianas Brasileiras No.4 and world premiere by Brazilian composer André Mehmari titled “Cirandas” from his Portais Brasileiros 2.