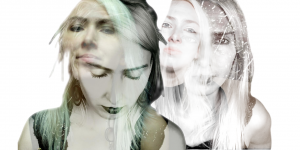 Image of dissociation with 4 states of self

“Multiplied By One” tackles an under-represented mental health category

Dissociation is not rare or less significant in impact to other mental health disorders, though it somehow falls under an inequality of representation and services.”
— Melissa C. Water

VANCOUVER, BRITISH COLUMBIA, CANADA, May 21, 2022 /EINPresswire.com/ — Multiplied By One is a nonprofit organization for PTSD and dissociative disorders based out of the Greater Vancouver area, while services are to be offered globally.

Most knowledge of dissociative disorders is gained from mainstream media; much of which is inaccurate or stigmatizing. The most controversial of this mental health category includes Dissociative Identity Disorder; previously known as Multiple Personalities.

Dissociation is a normal disconnect that everyone does, such as daydreaming of vacations or forgetting if the door was locked or not. The spectrum of dissociation ranges from a healthy mechanism to more disabling levels that reach disordered and confused states that are often frightening to experience. Depersonalization relates to feeling unreal or like we don’t exist, while derealization is questioning if the world around us is real, or Dissociative Identity Disorder (DID) is at least two different identity states.

While founded by Melissa C. Water in March of 2022, Multiplied By One began as a project for social good in the spring of 2020. Melissa concept created a web app for those with DID, which would be a source of inner communication, wellbeing, and connection with therapeutic intervention. This web app is in development by a team of volunteers and will be among the services of the organization.

“Dissociation is not rare or less significant in impact to other mental health disorders, though it somehow falls under an inequality of representation and services,” Melissa C. Water, who is in Delta, BC, stated. “When seeking aid for myself, the search for a therapist who treats dissociation turned up few results, as most psychologists know only the basics.”

Programs and services will gradually release, starting in July 2022, which include online virtual support groups, an eMagazine on trauma and dissociation, and later, a helpline for dissociative disorders, while an extensive list of resources is already available.