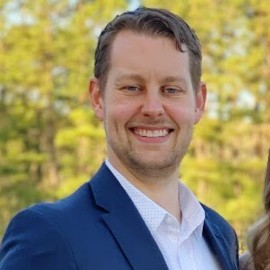 I’m a firm believer in the good that comes from having discipline and fitness be a part of daily life.”
— Connor Cook

“We’re super excited to have Connor and his expertise on our team,” said Austin Scee, PowerUP co-founder. “As we grow, the need emerged for a talented individual who’s able to focus their time on scaling PowerUP. I’m grateful for our sponsors’ generosity for making this possible.”

“I grew up participating in combat sports and moonlighting as a fitness coach since college. I’m a firm believer in the good that comes from having discipline and fitness be a part of daily life,” Cook said.

Cook began his career as a political organizer and has spent almost ten years working in nonprofits. His most recent position was working as a consultant for CCS Fundraising and has worked for Emory University, and House of Ruth Maryland. He holds a bachelor’s degree in political science and public policy from The University of Alabama.

“I’m looking forward to jumping in and making an impact,” Cook said.

PowerUP partners with senseis for their dedication to the education and whole-self development of at-risk youth, and for their ability to deeply connect with multiple students at a time. They have seen over 500% growth in participants over the last three years reaching the furthest corners of economic and social-emotional disadvantage.

PowerUP was founded by Austin Scee and Mike Gandy Auzenne who were matched in the Big Brothers Big Sisters (“BBBS”) program in Atlanta in 1997. Through Austin’s mentorship, Mike went from the projects of Atlanta to Colgate, Wall Street, Harvard Business School (“HBS”) and beyond. In 2016, when Mike graduated from HBS, he and Austin set out to build a mentorship model that could deliver the core elements of the mentorship Mike received through a more scalable model. In early 2017, the pair founded PowerUP. Visit www.powerupscholarship.org for more information.