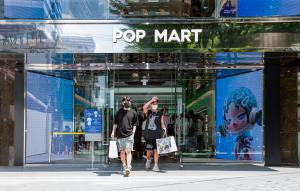 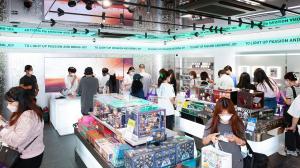 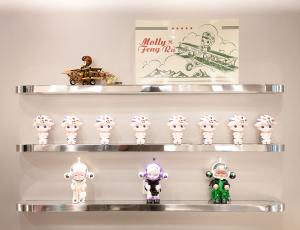 SEOUL, SOUTH KEREAN, July 3, 2022 /EINPresswire.com/ — On July 2, 2022, art toy brand Pop Mart opened its first flagship store in South Korea, locates at 346-40 Seogyo-dong, Seoul. The opening quickly created a buzz among the young people from the communities near Hongik University Street which has been known for its deep pop culture.

For the opening, Pop Mart has put on display their most beloved IP series such as SKULLPANDA, MOLLY and PUCKY. The celebration has been pushed to a climax as the brand announced their new figure exclusive to South Korean followers, the DIMOO Sunset Tiger limited edition, designed by Ayan. Ayan not only is an illustrator and toy designer, but also one of Pop Mart’s most popular signed artists for her DIMOO WORLD series.

Justin Moon, Vice President of Pop Mart and President of Pop Mart International, said in an interview that “Hongdae district has been a place for youngsters to express their appreciation for the pop culture rooted here. Thus, Pop Mart was able to resonate with fans here, and we are looking forward to cooperating with more South Korean artists and brands in the future.”

As Pop Mart’s first flagship store in South Korea, it has been upgraded in terms of location, size, and interior design. The store chose to land in an area busy with street performance, covering an area of nearly 400 square meters. The inspiration behind the interior design for this three-floor store is “Connection + Imagination”. Each floor offers multiple photogenic spots for fans to interact with their favorite IP figures, and the third floor offers a special area to give fans a way to meet the artists behind Pop Mart.

As one of the most popular ways to express pop culture among young people, art toy has found its way to enter the spotlight. Justin said, “South Korea has been developed a deep pop culture, and the entertainment and media industries are already in a mature stage, influencing youngsters around the globe,” adding that, “Under the powerful influence of South Korean culture, integrating Pop Mart’s creativity with quality media content, we can definitely intrigue more Millennials and Gen Z.” Currently, Pop Mart has opened four stores and numerous Robo shops in South Korea, and the official shopping website is available to convey the charm of art toys to its followers through these online and offline channels.

Pop Mart seeks collaborations with talented artists across the world, and it has already signed multiple South Korean artists such as Seulgie Lee, CHOKOCIDER, coolrain&LABO, CLOCKHOUSE. These artists have brought to the fans their beloved IPs like SATYR RORY, DUCKOO, COOLABO, Flying DongDong get to meet consumers worldwide. Pop Mart aims to present more works from Korean artists and set more opportunities for fans to meet their favorite artists, which would further strengthen the bond between fans and the artists and turn its physical stores into a window for the public to experience the pop culture.

Moreover, Pop Mart also plans to cooperate with media groups. In 2021, it revealed a partnership around IPs with Studio Dragon which is a premium storyteller group that makes over 30 TV drama series annually and intends to expand its media content business.

Founded in 2010, Pop Mart has been the leading company in the art toy industry. Art toys, also known as designer toys, are figurines that embody art, design, pop trends, and uniqueness. Pop Mart has focused on attracting global artists, operating IPs, appealing to consumers, promoting art toy culture, as well as incubating and investing innovative business, and building an integrated platform covering the whole industry chain of art toys, which has lightened up passion and brought joy to global customers. Currently, its business has expanded to 23 countries, accumulated 10 million fans, and over 21 million registered members.