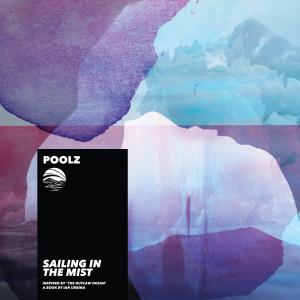 This project is a way for me to positively contribute. We need to support this effort so that our society can make a change.”
— Poolz for The Outlaw Ocean Music Project

The Outlaw Ocean Music Project, run by the label Synesthesia Media, is a global and expansive effort to disseminate The Outlaw Ocean Project’s investigative journalism to a broader audience by releasing music inspired by offshore reporting.

Spanning genres from classical to hip-hop to electronic, hundreds of musicians from around the world have joined the effort. Many of the artists who participate in the project draw from an audio archive of field recordings captured by Urbina while reporting offshore.

Yorick Sedee, commonly known by his stage name Poolz, is a 24-year-old finishing his studies at the HKU University of the Arts Utrecht. At HKU, he studies composition and sound design. Besides making music, Sedee also does sound design for film, TV and animation. As a sound designer, he has a huge passion for being a Foley artist.

Sedee said he truly loves nature and philosophy. He said he does not really like static rhythms or assigned sounds, which are sounds that are always the same. Most people try to find the perfect count or the perfect note, but Sedee says he seeks the opposite. For Sedee, the emotion should be right. The atmosphere is much more important than the perfection of play.

Sedee’s skills as a sound designer can be easily identified when you listen to the undertone of his three songs for his EP called “Sailing in the Mist.”

It has a graceful combination of elements that makes your heart beat harmonically.

“Storytelling in sound is something I think is very important. To portray such a salient issue in music is a true honor for me. Ian’s reporting shocked me, and I hope the rest of the world can also experience this shock when they read the book or listen to the music,” Sedee said.

The artist was motivated by Ian’s journey while he was producing the songs.

“It is inspiring and sometimes scary how close Ian gets to his subjects in his reporting. For example, the first radio dialogue with the illegal fishing ship called the Thunder gave me shivers. From the moment I heard this dialogue, I knew I had to use it in one of my tracks,” he said.

About The Outlaw Ocean Project:

The Outlaw Ocean Project is a non-profit journalism organization founded by Ian Urbina that produces investigative stories about environmental and human rights concerns at sea globally. The project seeks to not only produce polished, narrative investigative journalism, but also to amplify that reportage by converting it into other mediums to reach new audiences all over the world.