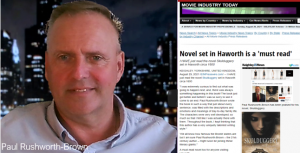 “We all know how famous the Bronte sisters are but I am sure Paul Rushworth-Brown – the 21st-century author ­– might soon be joining these literary giants.”

The novel has already earned acclaim, with one reviewer describing it as “masterful and thoroughly enjoyable. 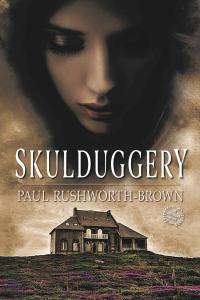 The story is full of colourful characters, beautiful backdrops and compelling action.

Step Back in time in this Historically Accurate Mysterious, Romantic, Whodunnit. The style of writing is very descriptive and actually places you in the story.

There were a number of things that people absolutely loved about your book. One was it was historically accurate and the other was that it was very real.”
— Beth Worsdell

Paul’s Bio:
Paul Rushworth-Brown was born in Maidstone, Kent, England in 1962. He spent time in a foster home in Manchester before emigrating to Canada with his mother in 1972. He spent his teenage years living and going to school in Toronto, Ontario where he also played professional soccer in the Canadian National Soccer League. In 1982, he emigrated to Australia to spend time with his father, Jimmy Brown who had moved there from Yorkshire in the mid-fifties.

Paul was educated at Charles Sturt University in New South Wales, Australia. He became a writer in 2015 when he embarked on a six-month project to produce a written family history for his children, Rachael, Christopher, and Hayley.

Beth: “I’m really excited to be interviewing you Paul because oh my gosh you’ve had a journey personally and as a writer which I find absolutely fascinating. I just want to give people a bit of a rough idea because you write historical fiction. But you got into it by researching your own family.
So let’s just go back and find what actually sparked your interest and why you began diving into your family history and then you going on to writing your first novel.”

Paul: “My father never knew much about his roots and where he came from. The only thing he knew was that he had some cousins and distant relatives who lived around Denholme (Yorkshire, UK). When he passed away, I got a lot of his old photographs and that type of thing. For me personally, it was quite annoying not having any idea about where your roots were from. I spent about six months locked away in my office basically just writing a 400 page family history more for my children more than anybody.”

Paul: “I only got five copies printed one of each of my kids[…] My great grandfather x 10 was a copyholder on the moors of Yorkshire in 1590. I thought who was this man? What was his life like? Who were his children? What was his day to day life? I thought I might take this a step further and try and fictionalize and research what life may have been like for him back then. I actually found a court manor roll with his name on it. I even know the area of Haworth where his house was and what his life may have been like as a copyholder. I mean we’re almost talking about going back to the feudal system. And that’s basically the birth of Skulduggery albeit with a good fictionalized story interwoven with a few twists and turns that surprise until the very end.”

Beth: So tell us about Skulduggery, is it about your family? Based on your family? How did it all come about?

Paul: Well, there’s a little bit of poetic licence there. Obviously, the main character Thomas Rushworth is based on my great grandfather x10. The story is fictionalized. What I’ve done is I’ve have taken the setting of a family living on the moors of Yorkshire in the 17th century and I’ve fictionalized it, but it’s very very historically accurate. If follows his and his family’s life back then in the time of the English Reformation, Queen Bess has died. These people are living through a time when the monarchy is saying no you cannot be a Catholic, you must be a Protestant. There is a love story, between two people that probably shouldn’t be together because of their religion. I’m not going to say too much more because I don’t want to spoil it.

The story really takes off when Thomas Rushworth and his mother are coming back from the Kings Arms which is the tavern in Haworth. His father has died from consumption so he is actually the man of the house. […] On the way back to their cottage they find what they think is a dead body.

Paul: It turns out to be a recusant Catholic man. Anyway, they take him home and look after him. It turns into a bit of a mystery, a bit of a love story, a whodunnit, you know. What happened to this guy? […] It’s very very colourful. My style of writing is very descriptive and it’s been picked up by Shawline publishing and released. Which I’m very very pleased about. It’s now available on Amazon, Barnes and Noble and at most good book distributors around the world. It’s quite interesting seeing your book for sale in Germany.

Beth: I’m not surprised I was reading your reviews earlier and there were a number of things that people absolutely loved about your book. One was the fact that as you said it was historically accurate and you can tell that you’ve done so much research. And one of the other things was that it was very real. […] Just absolutely amazing.