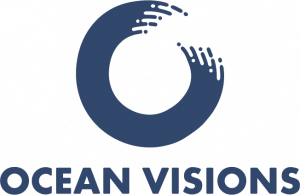 The mission of Ocean Visions is to mobilize a diverse community of problem-solvers working together to tackle the most pressing challenges facing the ocean.

Ocean Visions will work with the selected competitors to identify the specific technical and disciplinary expertise, as well as key physical resources (such as testing facilities, vessels, and labs), that they most need to enhance their ability to compete. Ocean Visions will then recruit appropriate experts from within its Network to build customized teams from relevant disciplines and expertise. These advisory teams will provide ongoing technical advice and support over 12-24 months, without charge, to help the selected competitors maximize their chances of winning the prize.

This XPRIZE comes at an inflection point for civilization. Severe climate change impacts are arriving much earlier than forecasted and at lower levels of greenhouse gases than predicted by models. Many of the most transformative impacts are in the ocean.

Currently, most global efforts to address climate disruption are focused on reducing current and future emissions of greenhouse gas pollutants. While vital, this path alone is no longer sufficient. The world’s best science clearly spells out the need for gigaton-scale clean-up of the greenhouse gas pollution already in the biosphere in order to avoid the most dangerous effects of climate change, and to ultimately restore our climate.

“We are in a race against time, and time is winning. We need to clean up the massive quantity of legacy carbon pollution that is choking the planet and killing the ocean,” says Brad Ack, Executive Director and Chief Innovation Officer at Ocean Visions. “While we must explore all alternatives, some of the most promising are those that build on natural processes that already occur in the ocean; small increases to the ocean’s total storage could have enormous impacts on remediating climate disruption.”

Through its Network, and in partnership with the Grantham Environmental Trust, Ocean Visions is already fielding similar expert teams to evaluate and advise ocean-based carbon dioxide removal initiatives. The Ocean Visions Launchpad is an expansion of this important work.

About Ocean Visions
Ocean Visions Inc. brings together leading oceanographic research and academic institutions with private sector and public-interest organizations to design and advance solutions to the growing threats to our ocean. We are committed to reversing the climate crisis in the ocean, increasing the resilience of coastal systems and communities to climate impacts, and building a climate-resilient aquatic food system. To learn more, visit www.oceanvisions.org or follow @Ocean_Visions on Twitter.