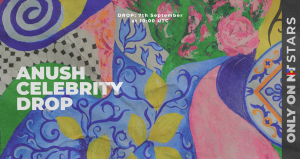 SYDNEY, WESTERN AUSTRALIA, Австралия, September 4, 2021 /EINPresswire.com/ — NFT marketplace NFT STARS introduces its audience to the artwork of Russian artist – Anush. The platform presents for auction the work titled “SHE”, which demonstrates the many aspects and incarnations of a woman. The auction is scheduled for September 7th at 10:00 UTC.

An Artist with Life as Her Canvas

Anush is a self-made artist whose main message is the celebration of life. She doesn’t have a background in the arts and was in business for the majority of her life, until one day, Anush believed in her gift and trusted the creative process. This is how the artistic career of Anush, now a well-known artist whose works are sold all over the world, getting started.

The absence of academic education is an advantage, not a flaw, which frees Anush from any prejudices. The artist often experiments with forms, colors and styles. In an upcoming NFT STARS auction, Anush will present her latest artwork – “SHE”.

“SHE” demonstrates the many faces and roles of a woman. Some will see the Mother, others the Womb or the Matter. The depicted figure could be anyone and everyone at the same time. The artist submits that it is a woman’s energy that fills a person with the strength and power to conquer, create and prosper. The artwork will be auctioned on 7th September at 10:00 UTC.

NFT STARS is a new NFT marketplace that provides its users with a unique set of products and services. The marketplace follows a strict selection approach to artists. Every creator featured on the platform is either chosen by the executive board or voted for by the community. Thus, the NFT STARS team is able to provide truly special treatment to the chosen few NFT stars. Artists enjoy Gas-free minting; NFTs are minted at the time of purchase and the buyer covers the costs. The marketplace supports the free flow of ideas and enables artists to mint artwork as a team via the collective NFT ownership feature and share the proceeds from its sale equally. Among other things, NFT STARS launched its own NFT avatar collection – SIDUS: NFT Heroes – which features unique characters that can be used as a social media avatar or be transformed into a gaming character in the SIDUS DAO metaverse.