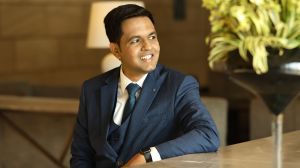 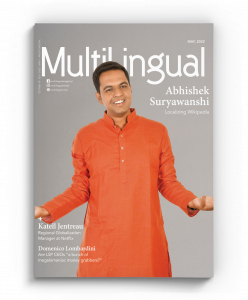 As always, it’s inspiring to interact with people who use their language expertise to do real good in the world.”
— Cameron Rasmusson

SANDPOINT, IDAHO, UNITED STATES, May 18, 2022 /EINPresswire.com/ — There are few things more important to day-to-day life than accurate healthcare information. But for many parts of the world, that’s not easy to come by.

Fortunately, nonprofits around the world are taking action. That includes Wikipedia. Perhaps the biggest purveyor of knowledge and information in the world, Wikipedia’s Special Wikipedia Awareness Scheme for the Healthcare Affiliates (SWASTHA) is designed to localize vital healthcare information for rural communities in India.

For SWASTHA director Abhishek Suryawanshi, the mission is personal. Growing up in India with health conditions of his own, Suryawanshi told MultiLingual magazine that accurate, trustworthy health information saved his life as a child. Those formative moments informed his work as an adult, where he served as a media advisor to the Consul General of India, communications advisor for the United Nations Permanent Mission of India, and a contributor to the Tuberculosis Draft Resolution adopted by the UN General Assembly.

Given that experience, along with an expertise in languages, Suryawanshi is just the right person to head up localizing healthcare information for Wikipedia. And in May’s edition of MultiLingual, he spoke with Editor-In-Chief Cameron Rasmusson about how he approaches the herculean task.

In keeping with Wikipedia’s foundational philosophy of crowdsourcing knowledge through volunteer editors, Suryawanshi heads up a team of volunteers who translate and localize healthcare content for a rural Indian readership.

“It was a real pleasure to speak with Abhishek, and we appreciate the time he took to talk with us,” said Rasmusson. “As always, it’s inspiring to interact with people who use their language expertise to do real good in the world.”

The interview with Suryawanshi is available in print or online.

About MultiLingual Media
For 37 years, MultiLingual Media has covered the language, interpretation, and localization industries, highlighting the voices, news, and developments within it. MultiLingual subscriptions include monthly delivery of the print magazine, unrestricted access to all posts, articles and news from multilingual.com.

Have an idea for a story? Contact editor in chief Cameron Rasmusson at editor@multilingual.com.