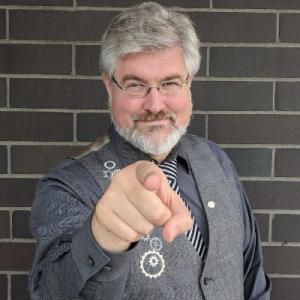 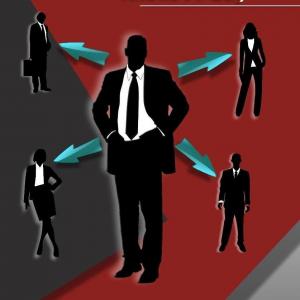 The Guy Who Knows A Guy

Michael Whitehouse is a networking expert. One of his strengths is that he knows a guy which allows for easy formation of strategic alliances.

I don’t know everybody, but I can get to anybody. Through connections, I can get to whoever I need to get to. If there is anybody that you want to meet, I probably know someone who knows them.”
— Michael Whitehouse

GREATER HARTFORD , CONNECTICUT, UNITED STATES , April 3, 2022 /EINPresswire.com/ — Networking concierge Michael Whitehouse is a phenomenal speaker, networker, and author of The Guy Who Knows A Guy. Groton, Connecticut-based Whitehouse introduces his clients to the people they need to meet to grow their business.

In addition to his work as a networking concierge, Whitehouse helps people to work on their values, vision, and gratitude through personal coaching, live speaking, podcasting, and other content. He thrives on helping his coaching clients gain clarity on values and a powerful future vision while also finding happiness in their lives today.

“I don’t know everybody, but I can get to anybody. Through connections, I can get to whoever I need to get to. If there is anybody that you want to meet, I probably know someone who knows them. For example, if I have a client who wants to get in touch with Elon Musk and has good technology that would benefit him, I would tell my network about this. If they know Musk and see that they will benefit, they will contact him if they see value in it for themselves,” said Whitehouse, speaking on the Billionaires in Boxers Global Podcast with Phil Pelucha.

Whitehouse’s story is fascinating. He never went to Harvard, nor was he born to a well-connected family. He is entirely self-made. In 2014, he moved to Groton, Connecticut, knowing nobody other than his wife.

“I knew I needed to have connections to do whatever I needed to. I went to every event where I could connect with somebody. Within six months, I was in a position where I could introduce people of note to other people of note. It’s amazing how you miss out on so many connections if you are not intentionally networking. When I needed a job, I got one from the network. I wrote my book because I got to a point where I did something that impressed people. I put it into a book,” said Whitehouse.

Whitehouse does not regard himself as a super networker. Instead, he simply developed networking ideas that have allowed him to engage with communities. His philosophy is that it is good to connect with people and then find a way to benefit them. By focusing on what he could give rather than what he could gain, he could make friends fast.

The pandemic has changed the face of networking as people now need to focus on networking effectively online rather than in person. However, everyone has not positively met networking online as many feel that it is not as personal and natural as traditional networking.

However, Whitehouse believes that there are positives to online networking, such as its more cost-effective nature. As a result, he has embraced virtual networking.

“When I uploaded myself on the internet, I started to meet people with a positive and abundance mindset. Everyone around me was like that. But, after going to other events, I realized that many people did not learn this and waited for everything to go back to normal,” he said.

Whitehouse is currently working on an exciting global networking summit that promises to be a platform where new and innovative concepts are formed.

“It’s a hybrid between recorded and live or virtual, as opposed to in person. We’ve got 30 great speakers who have all kinds of knowledge. One of the things I enjoy most about these interviews is learning from them firsthand. We will have live networking and engagement. There will be live coaching. On the last day of the event, it will be broadcast for 24 hours, allowing it to be in all time zones. We want to drive home the point that there are connections to be made all over the world, and they can be made anywhere and at any time,” said Whitehouse.

Michael Whitehouse
The Guy Who Knows A Guy
email us here
Visit us on social media:
Facebook
Twitter
LinkedIn