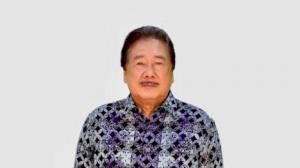 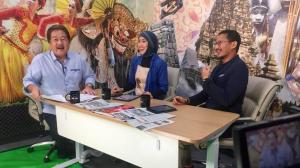 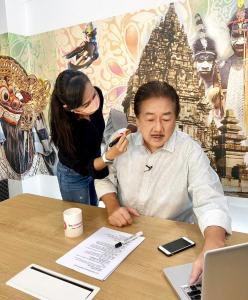 MHI is acquiring The Indonesia Channel (TIC). TIC’s founder, Dalton Tanonaka, will remain at MHI Group as CEO of its TV and digital broadcast business.

The Indonesia Channel was a logical acquisition choice for MHI, having established itself as Indonesia’s iconic English TV channel, with a strong team led by Dalton Tanonaka.”
— Untung Agustanto

JAKARTA, INDONESIA, January 5, 2022 /EINPresswire.com/ — PT Musik Hub Indonesia (MHI) today announced that it is acquiring PT Melia Media International, the owner of The Indonesia Channel (TIC) – Indonesia’s first 24-hour English TV channel. The terms of the deal, which is likely to close in the first quarter of 2022, have not been disclosed so far.

The acquisition comes as a part of MHI plans to establish itself as Indonesia’s next-generation digital media group. Untung Agustanto, President Director of MHI, explains:
“The Indonesia Channel was a logical acquisition choice, having established itself as Indonesia’s iconic English TV channel, with a strong team of presenters and producers led by Dalton Tanonaka, an industry veteran who also held host and anchor roles at CNN, CNBC, NHK and Metro TV.”

“TIC’s network reaches multiple continents and up to 50 million viewers, built on a scalable digital platform. This presents viable joint revenue-generating opportunities for our group and partners,” Agustanto adds.

“By joining the MHI Group, this enables TIC to further grow as Indonesia’s TV voice in the digital world,” said Dalton Tanonaka, CEO of The Indonesia Channel. “This move allows us to introduce integrated digital offerings to our business partners and advertisers, as well as new levels of entertainment for our viewers.”

MHI will acquire TIC on the back of solid momentum in 2021:

– TIC is now viewed on streaming and cable systems around the world in more than 50 million households.

– MyRepublic, a cable platform and part of the Sinar Mas Group, adds TIC to its TV platform. “MyRepublic continuously works to improve its services to subscribers, and TIC is one of the best international channels to have on our TV platform,” said Andrijanto Muljono, CEO at MyRepublic. “This collaboration with TIC takes our TV channel program to the next level.”

– TIC expands distribution and viewership to the UK, Europe and Scandinavia, with deals signed with ONIP TV and PZAZ TV.