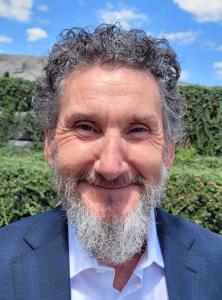 We are delighted to welcome Terry to the team as the Company moves into its next phase of expansion spurred on by increased demand for our solutions and supported with an enhanced product line.”
— Eric Meger, Maerospace CEO

WATERLOO, ONTARIO, CANADA, June 22, 2022 /EINPresswire.com/ — Maerospace Corporation, a global supplier of real-time maritime intelligence via industry leading radar systems and innovative data analytics, has added Terry Finnigan to the management team in the newly established position of Director of Manufacturing. The announcement was made by Maerospace CEO Eric Meger, who noted that the creation of the position is a direct reflection of the extraordinary growth of the Company.

Said Meger, “We are delighted to welcome Terry to the team as the Company moves into its next phase of expansion spurred on by increased demand for our solutions and supported with an enhanced product line. We have every confidence that Terry’s proven ability to drive the manufacturing process forward will be an enormous benefit to Maerospace, but more important – to our customers, and look forward to his contributions.”

Finnigan joins Maerospace after serving as Head of Manufacturing for Cloud DX, a medical device manufacturer, where he built a manufacturing team and factory facility from the ground up. Previously, he held similar roles at Swift Labs, provider of wireless services, and BlackBerry.

As Director of Manufacturing at Maerospace, Finnigan is responsible for overseeing the entire manufacturing process including equipment purchases, staffing, scheduling maintenance and layout, and training. Finnigan will work closely with the management team to monitor and evaluate workflow and assembly and will lead process improvements to ensure the Company’s manufacturing performance and quality goals are realized.

“Maerospace is an incredible company, and I am privileged to join this great team,” said Finnigan. “The products the company produces could have a significant global impact and they must be absolutely beyond reproach. I am honoured to be entrusted with bringing these solutions to market as Maerospace grows.”

Finnigan holds several degrees in Electronic Engineering including an advanced degree that he received with honours from Caledonian University, Glasgow. He is located in Waterloo, Ontario and can be reached at Terry.Finnigan@maerospace.com.

About Maerospace Corporation
Maerospace Corporation, based in Waterloo, Ontario, helps protect national sovereignty by closing the domain awareness and intelligence gaps across large-scale maritime economic domains. Our integrated “over-the-horizon” radar and AI analytics platform transforms the real-time discovery, identification, and assessment of ocean-based vessels into a continuous, real-time service. Authorities are presented with the largest possible response window in which to deliver precise, proportional, and cost-effective mitigation of economic, environmental, and human threats to critical national interests.