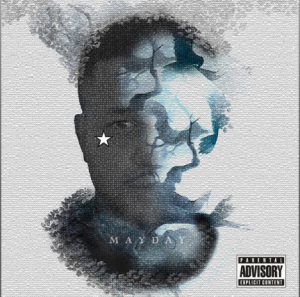 LEROY ROSE BRITISH RAPPER , Known professionally as M A Y, is a British musician/ MUSICAL ARTIST from London United Kingdom. Born April 7th, Zimbabwean,English, German & Portuguese heritage. M A Y is Best known for his Mayday E.p, which was released on 20/06/2021, accumulating over 200,000 streams on multiple platforms to date. The 7 track E.P includes a song BBC RADIO BERKSHIRE “WANNABE” spun on there show as they did with M A Y – Home run, Invested is the latest release on all streaming platforms released on 10.02.22 featuring East London Rappers DEVZ & SHOKZ . M A Y has Two Music Video’s via the notorious linkup Tv YouTube channel totalling 100,000 streams to date, “Old Enough” With JUSTO ( Justice kavuala ) a British rapper the track was released on 02/12/2020, the other music video released was back in 2020 titled “What Goes Round”.

the 7 track E.P features the radio HIT “WANNABE” produced by Doc the producer an Italian Producer who is sending shockwaves through the industry & “LIVE FAST DIE YOUNG”, The E.P also features Youtube Hit “OLD ENOUGH” featuring South Kilburn Rapper Justo has over 80,000 streams on all streaming platforms. M A Y who recently turned to music during the pandemic in late 2020.

Justice Kavuala, better known by his stage name Justo is a UK based rapper from London, born in the Congo. Arriving in the UK at a young age, Justo began to embrace British culture. In 2008 he started to peruse a rap career, Justo has independently released singles such as Trapaholic, Summer Vibes and his latest release REDBONE.

Other Releases such as M A Y – HOME RUN which has been aired on BBC RADIO BERKSHIRE, PULSE 88 RADIO LONDON, WESTSIDE RADIO LONDON & WD RADIO the British Rapper is really going from strength to strength and 2022 is set to be a record breaking period for the artist with over 200,00 streams worldwide via Spotify, Apple Music, Deezer, Tidal, Shazaam and Youtube.

M A Y the RAPPER /Musical Artist is currently recording a new album due out mid 2022. BBC Radio Berkshire Presenter ALEX WEST has tipped M A Y to be a success and one to look out for in 2022.