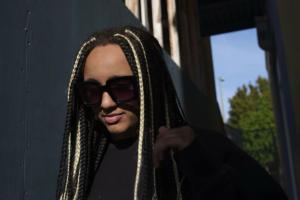 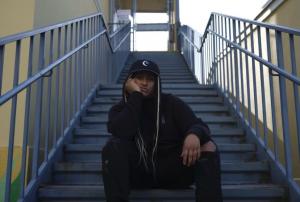 SANTA CLARITA, CALIFORNIA, USA, August 29, 2021 /EINPresswire.com/ — Who is Zoe Rex? Zoe Rex is a Santa Clarita based music artist and creative, who in the past has released songs such as ‘Devil’, ‘lost’ and ‘pretty lies’; which gained over 600k views on the platform Sound Cloud and were well received.

On August 28th 2021, Zoe Rex released her newest project/EP titled ISM; which is a genre-bending, out-of-the-ordinary androgynous masterpiece. The project includes songs such as “SELF LUV”, which has been described as funk-a-delic with slight notes of Mac-Miller Vibes; As well as songs such as “CONCEITED DAYDREAMS”, which is a raw and soul-felt acoustic arrangement that has left listeners wanting more and applauding Rex’ for her creative diversity. While Zoe Rex is only 19 years old, her music evokes emotions and aesthetics that are timeless and mature, while also playing with hints of youthful groove and alternative pop!

We all know how it feels to be different, and we’ve all been judged for it. Zoe has been the victim of bullying, racism, and even gun violence, and surviving a school shooting that has impacted her life forever. However, ISM is the embodiment of struggle, success, failure, and heartbreak. The body of work tells a story that compels the listener to breakdown walls and bridges, and love vulnerably. ISM is a true reflection of Zoe’s deepest feelings, and once you listen, you’ll never hear things the same way again. So many artists seem disingenuous. It’s like they try too hard to sound genuine, while also hiding behind their persona. At least, that’s what the critics say. The critics can keep their opinions, though. What matters is that Zoe Rex seems to speak from the heart – about personal battles, about societal issues, and about love, all while sounding unique and sonically smooth.

ISM is available now on Spotify, and is coming soon to all digital platforms! Be sure to Check Zoe Rex out on Instagram @ZoeRexx . Or Visit her website ZoeRexMusic.com