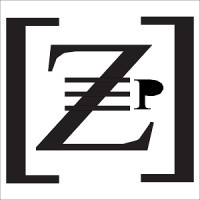 Ronald Newman of ZpNetics has succeeded in creating semiconductor components in 90 hours — just a fraction of the time normally required — using a “lights-out minimal fab,” a system that can produce a single wafer with extremely low capital spending and rapid return.

Ronald Newman initiated the minimal fab concept in the late 80’s due to the cheap cost of semi-conductor equipment from foundries scaling up, but stalled the process for several decades due to the availability of cheap shared wafers, cheap dense FPGA fabrics and cheap PCBs. Those options are all but gone to date! The current ‘lights-out” process manufactures semiconductors using small wafers from 12mm up-to 40mm in diameter.

This concept holds down costs using a minimal mask and/or mask-less techniques for smaller geometry circuits created by masks and/or using millions of small mirrors. Clean rooms are also cut to a minimal and in some cases unnecessary for 12mm wafers.

Ronald Newman of ZpNetics said, “Small-volume production from a single wafer is now viable and my R&D can continue without the overhead and delays imposed by COVID-19,” something that cannot be done with existing systems that use standard large-diameter wafers measuring 300+mm in diameter.

Delivery periods can also be shortened to several days from the usual several months and due to COVID-19 pandemic, years, if at all! As previously mentioned, the technology comes in response to the COVID-19 pandemic and forcing Mr. Newman’s R&D to high-mix, low-volume production with short delivery periods.
Existing fabrication systems are well suited for products produced in vast numbers, such as smartphone processors, memory chips, GPUs, etc. However, chips produced in small volumes, costs per unit soar, delays stretch to years, and due to recent events, nearly impossible to realize a design, etc. Consequently, in many cases companies have difficulty locating a source to undertake production when the request is for small-volume output, specialized fabrication, etc., which prompted Mr. Newman to mitigate the Said problems he was experiencing.

Research is further being pursued for larger wafers and various substrates on the order of 60mm which will be viable once the MEMs, NANO and CNT foundries are fully tested, which is another of Mr. Newman’s “lights-out fabrication”. Each will be used to further generate higher density mirrors and wave form technologies for fabrication. One of which would be to extend Mr. Newman’s Hyper-Vector AI engines, Recombinant DNA/RNA sequencing engines, Additive Cellular Automata, GPU/Video, etc. and eventually into high-frequency characteristics using diamond substrates. Diamond substrates are difficult to make larger in diameter and volumes needed for base stations would be small, making the device well suited to production at a minimal fab.

In addition, production of allergen detection sensors and agricultural sensors that measure moisture and acidity in the soil, etc. is slated for Mr. Newman’s Agricultural ventures. With small-diameter wafers just 0.5 inch in diameter, it is easy to control surface processing variances.

Another reason for the push for small scale mask-less fabrication is that masks on which circuit designs have been drawn are exposed to ultraviolet light from above, transferring a miniature copy of the design to the chip under the mask. The hetero-mask/less process deploys a mixture of the two technologies, when required, but otherwise does not use masks, instead employing a method that creates circuits scaled down to geometries approaching current device physic sizes, which in-turn yields fabrication of sensors and analog semiconductors viable and is now being realized. Finally, Mr. Newman is currently focusing on Mixed-signal coupled with MEMs, NANO and CNT “lights-out fabrication”.